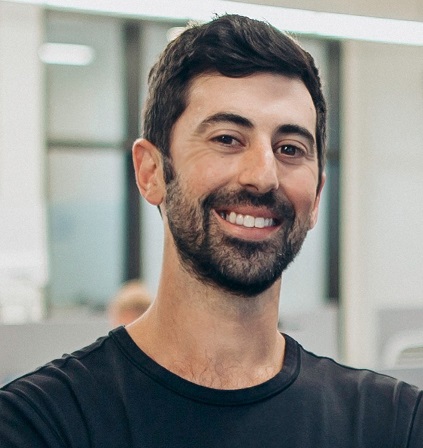 When Co-Founder and CEO Ross Lipson last spoke to New Cannabis Ventures, Dutchie was focused on ecommerce. Now, that focus is expanding with two recent acquisitions. The company is evolving to become an all-in-one cannabis tech platform. Lipson talked to New Cannabis Ventures about providing value in the cannabis space, the company’s recent Series C and continued growth. The audio of the entire conversation is available at the end of this written summary.

The Dutchie team has doubled in size over the past year; it has roughly 300 employees. People will remain a key component of the company’s growth going forward. It is always interested in attracting talent to help it scale.

Additions to the team include new leadership hires, like Tim Barash as Executive Chairman. Barash previously served as the CFO and Chief Business Officer of the restaurant technology platform Toast. John McGrath, also previously with Toast, joined the company as an advisor. Dutchie has also welcomed Lauren Thomas as General Counsel.

Dutchie announced the acquisitions of Greenbits and Leaf Logix, which provide the cannabis industry with enterprise resource planning (ERP) and point-of-sale (POS) software solutions. The goal of these deals is to create an all-in-one technology platform that streamlines operations for cannabis dispensaries.

The deals are closed, and the company is actively working to bring together all three teams, which are complementary to one another, according to Lipson.

These two acquisitions have helped to grow the company’s footprint. Today, Dutchie serves thousands of dispensaries across more than 35 markets in the U.S. and Canada.

The company is looking to move into new markets. Organic growth will always be important to Dutchie, and it is also open to considering further M&A. Any potential deal will need to align with the company’s goals and help it to provide further value to dispensaries and consumers.

The cannabis technology space is built on a partnership ecosystem, according to Lipson. He sees plenty of room for successful partnerships and products in this industry. The company plans to continue working with its integrated partners, investing in and strengthening those relationships to drive value for dispensaries.

Going public is a potential opportunity but not one that Dutchie is focused on in the immediate future. When the opportunity arises, the company will consider whether or not it maps to its objectives.

As regulatory tailwinds continue, more cannabis markets are coming online. In the United States, Dutchie is excited about the potential of the New York market. On an international level, Lipson pointed to the potential for federal legalization in Mexico. Dutchie is looking at cannabis globally, eager to move into new markets where it can leverage its knowledge and resources to support cannabis operators.

There is a lot of buzz around the potential for federal legalization in the United States, but this isn’t affecting the way Dutchie approaches its growth plans. Lipson is hopeful for this major regulatory shift, but, in the meantime, he is excited to continue being a part of the mission-driven cannabis industry.

Along with the Greenbits and Leaf Logix acquisitions, Dutchie announced its $200 million Series C. The round, which valued the company at $1.7 billion, was led by Tiger Global with participation from DFJ Growth and Dragoneer, as well as many of the company’s previous investors. Lipson considers this funding round to be a milestone for both Dutchie and the industry as a whole.

Dutchie has three main areas of focus for capital allocation right now. First, the company will be focusing on attracting and hiring more talent across all levels. Lipson expects the company to double over the next 12 months.

Second, Dutchie will be investing in product development. Customer feedback will drive its product roadmap and initiatives.

Finally, the company will use capital to enter new markets.

The Dutchie team has set lofty goals for the company, and it will be aiming to grow all of its KPIs this year, according to Lipson. As it grows, the company will need to remain agile to keep up with the changing needs of dispensaries.

To learn more, visit the Dutchie website. Listen to the entire interview:

Why This Leading American Cannabis Stock Broke Down