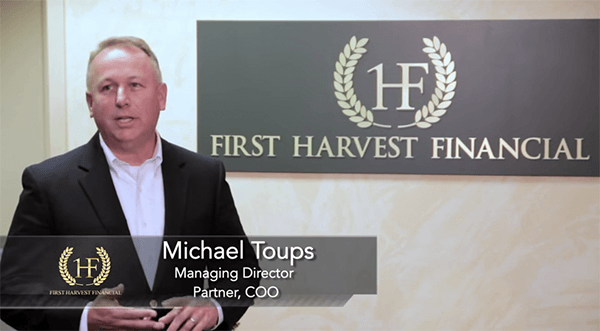 Michael Toups, Managing Director, Partner and COO of First Harvest Financial was charged today by the Securities Exchange Commission (SEC) with fraud. Toups, who served as CFO of publicly-traded Longwei Petroleum Investment Holding Limited (OTC: LPIH) from 2010 to 2013, is alleged to have made false public statements and to have misrepresented and omitted key facts when responding to third-party research firm Geo Investing’s claims that the company was a “massive fraud”. Longwei later sued Geo Investing for defamation.

The SEC complaint  claims that “Longwei routinely overstated its storage capacity, and even after the overstatement was brought to the attention of the company, including its CFO, Defendant Michael Toups, nothing was done to correct the misstatement. Instead, the company continued to falsely tout its storage capacity in public filings and press releases drafted by Toups, intentionally ignoring contrary evidence from its own records, auditors, and consultants.” The SEC also said that Toups purchased stock in the company using funds secretly provided by the company rather than his own.

First Harvest Financial, which has offices in Tampa, Boca Raton and Chicago, operates the First Harvest Opportunity Funds.  Earlier this month, its CEO, Kevin Gillespie, who also became employed by investment bank Midtown Partners as of this month, was named CEO, President and Chairman of the Board of penny stock American Riding Tours (OTC: AMRD), which recently changed its control to First Harvest Financial. According to the 10-Q for the quarter ending 12/31 that was filed two months late in April:

On March 22, 2016, the Company underwent a change of control of ownership. Edward C. Zimmerman III, the sole officer and director entered into an agreement on March 1, 2016 whereby he sold his ownership of 3,000,000 control shares to First Harvest Financial, Inc. First Harvest Financial, Inc. paid cash consideration of six thousand ($6,000) for the 3,000,000 control shares. The terms of this agreement were fulfilled on March 22, 2016.

According to Gillespie, Toups has been serving as a consultant since February and never became COO due to a shareholder lawsuit regarding Longwei, though the company website includes his title as COO: 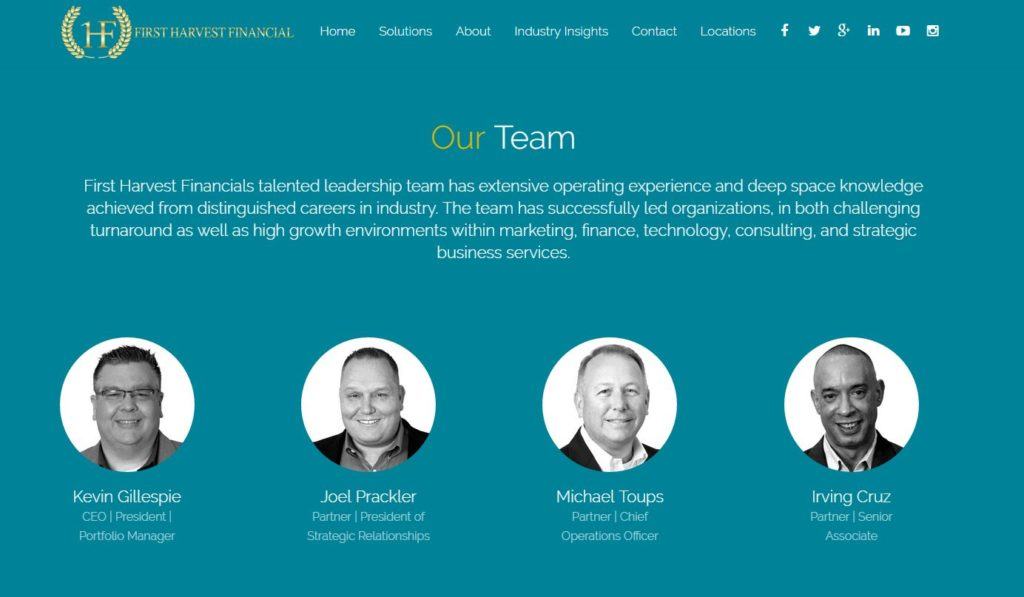 The company issued a press release in early 2015 naming Toups as COO as well. Ironically, the company included his experience at Longwei as likely to “help propel the success of First Harvest Financial.” Toups will remain a consultant to the company, according to Gillespie, pending the outcome of the SEC charges.