We have written previously about the rampant insider selling at cannabis companies in general and at Cannabis Sativa (OTC: CBDS) in particular. While it’s not his first sale, CBDS CEO Mike Gravel, the 86-year old former U.S. Senator from Alaska, scored big as reported in a SEC Form 4 filing posted earlier this week. 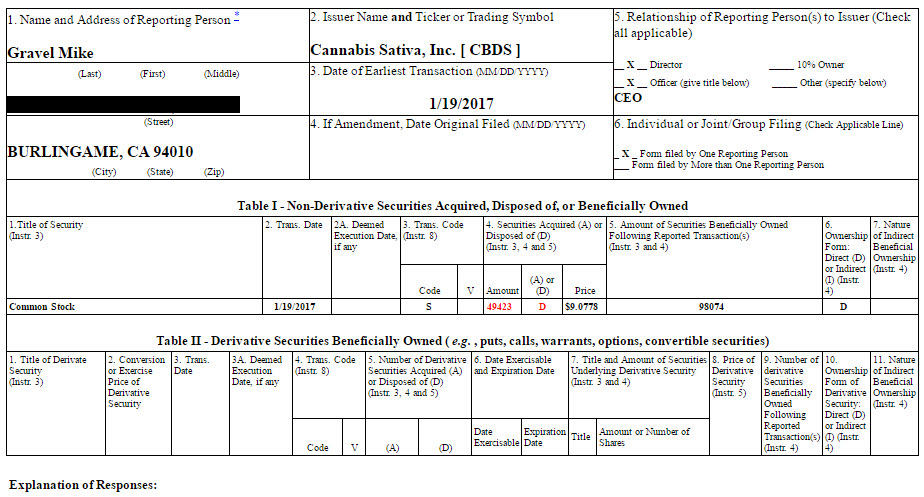 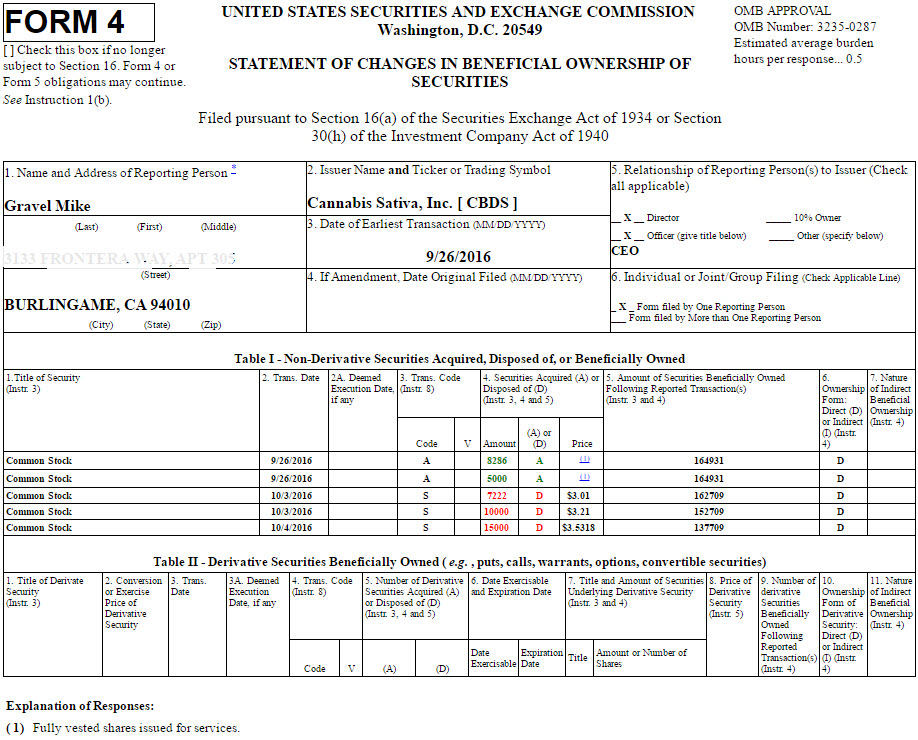 There have been smaller sales in the past, and all of the stock that he has acquired has come in lieu of services rendered. Gravel is not the only person dumping shares of CBDS, as David Tobias, the President and a Director, continues to unload, most recently disclosing the sale of more than 52K shares, while Sadia Barrameda, who is the controlling shareholder of New Compendium Corporation, also continues to sell aggressively, recently reporting a sale of more than 26K shares. In the past six months, there have been sales of 548K shares by insiders.

The proceeds of these stock sales far exceed any economic value that has been created by the company, as CBDS reported sales of only $24,243 through the first three quarters of 2016, as reported in its 10-Q filing. With a market cap of $145mm at a recent price of $7.83, it is not surprising to see so much insider selling. Additionally, the company was recently trying to raise capital at just $2.40 per share as disclosed in the 10-Q:

There has been no update subsequent to this disclosure.