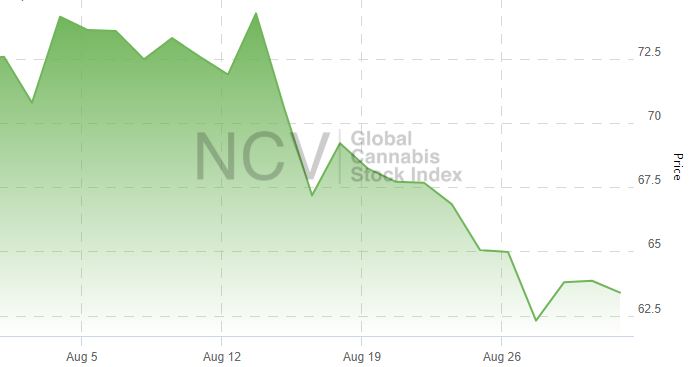 4 names gained more than 10% during August:

22nd Century fell sharply when its CEO suddenly departed in late July but recovered in August after its new CEO shared his vision and also purchased stock on the open market. Aphria rallied after its Q4 earnings release. PharmaCielo bounced back after being one of the worst performers in July.

4 names fell by more than 30% during August:

Acreage Holdings continued its sell-off, which began after shareholders received the payment from Canopy Growth in late May. Flowr was pressured by a capital raise. Investors sold Tilray off sharply after its Q2 financials. Elixinol Global has been under pressure since releasing its Q2 financials in late July that showed tepid growth and mounting losses.