Cannabis stocks, as measured by the Global Cannabis Stock Index, extended the declines from mid-October, declining 10.0% to 80.32 in November: 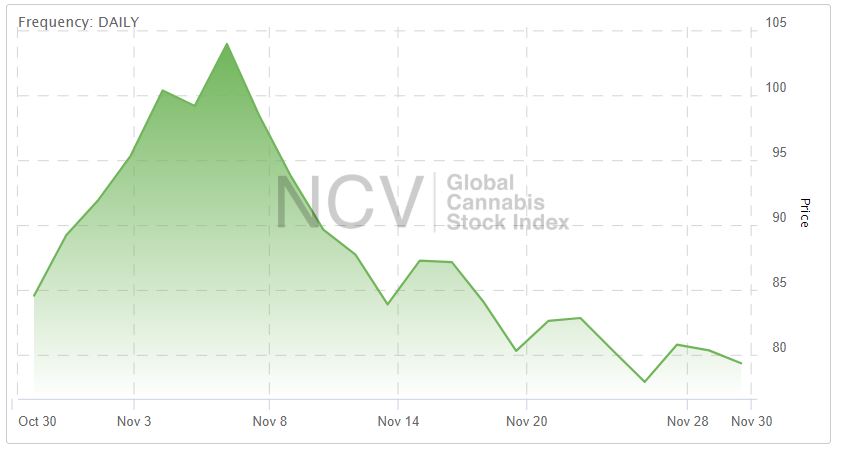 The index, which has 61 qualifying members after the rebalancing at the end of September, has declined 43.5% in 2018 but is still up 41.3% from late October 2017, when the market ended a correction that followed the 2016 elections: 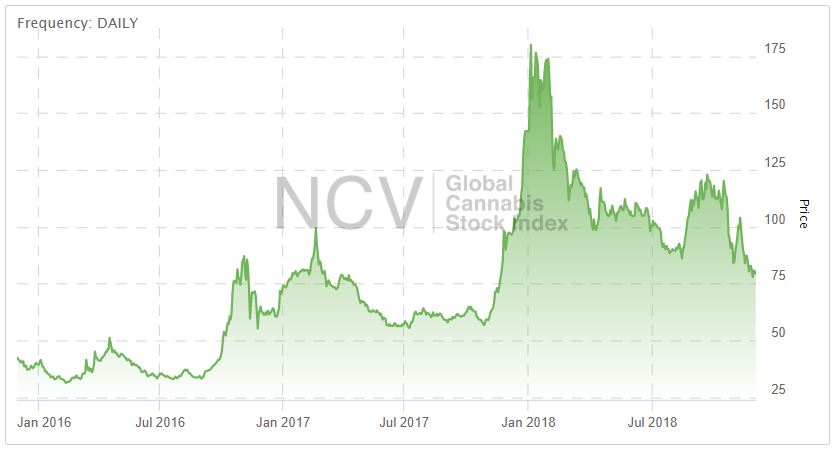 Despite the sharply lower prices, four names rallied  more than 20%:

22nd Century (NYSEMKTS: XXII), which has some exposure to hemp, was the best performing stock during the month. Cronos Group (TSX: CRON) (NASDAQ: CRON), one of the worst performers in October, bounced back and was the best performing Canadian LP during November. Cannabis REIT Innovative Industrial Properties (NYSE: IIPR) set an all-time high during the month after reporting a very solid Q3.

Seven stocks lost more than 33% of their value: 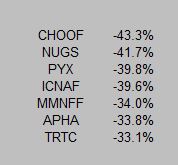 Both Pyxus International (NYSE: PYX), formerly Alliance One International, and MedMen (CSE: MMEN) (OTC: MMNFF), which was pressured due to an equity offering, were among the better performing stocks in October. Terra Tech (OTC: TRTC) reported a 33% decline from year-ago cannabis revenue in Q3, as we detailed in our review on the American Cannabis Operators Index. Aphria (TSX: APHA) (NYSE: APHA) was the worst performing large Canadian LP during the month, as we detailed in our review of the Canadian Cannabis LP Index.