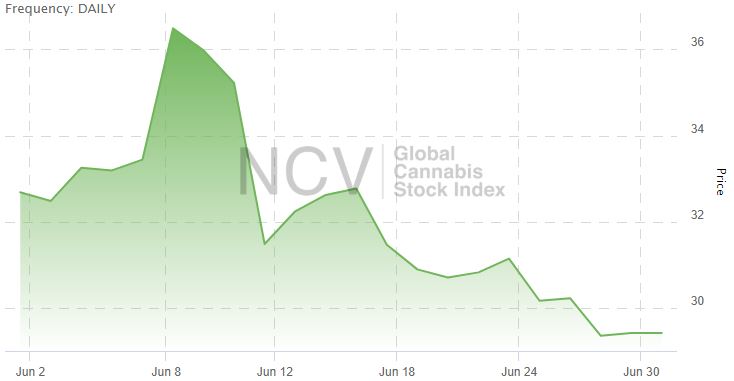 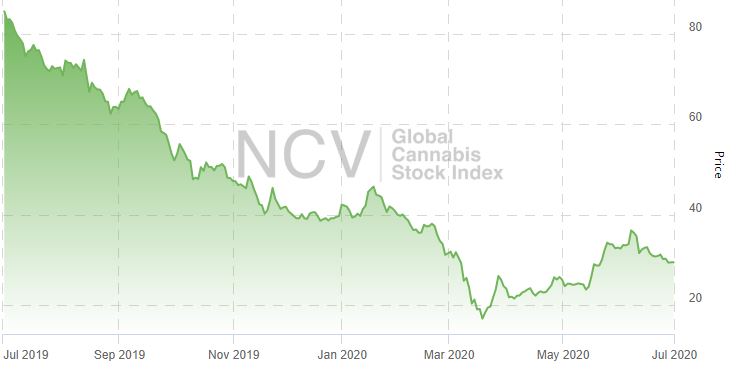 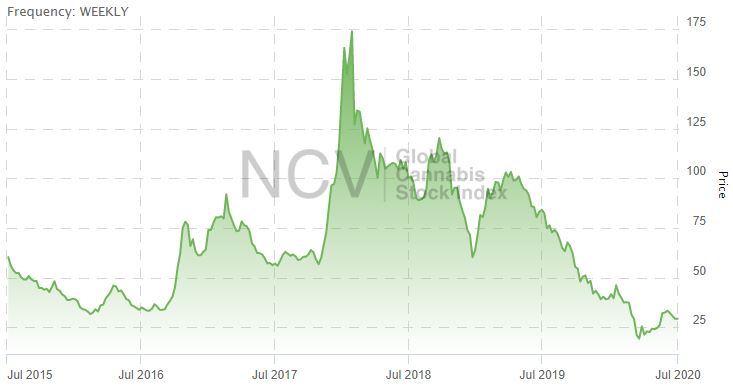 The strongest 4 names in June increased by at least 16%:

cbdMD bucked the trend of weakness among its peers. Planet 13 reopened its Las Vegas Superstore. The company also sold C$10 million of stock. Power REIT, which has only partial exposure to the cannabis space, didn’t release news in June. HEXO continued to work on repairing its balance sheet during the month, converting debt to equity, selling C$34.5 million in stock and selling its Niagara facility. The company beat expectations when it reported revnue of C$22.1 million for its fiscal Q3.

The 4 weakest names fell by more than 35% in June:

Pyxus entered bankruptcy during the month and lost its NYSE listing. iAnthus Capital, which earlier in the quarter defaulted on its debt, failed to file its 2019 financials and was suspended from trading in Canada. Its creditor, Gotham Green Partners, has demanded repayment. Harvest Health & Recreation, which was also one of the worst performers in May, filed a $300 million shelf registration and closed a deal with Hightimes Holdings to sell several California dispensary licenses for $60 million in stock and $1.5 million cash. KushCo Holdings rallied more than 71% in May and gave up those gains in June. The company announced the departure of its Chief Revenue Officer during the month.

The rebalancing process for Q3 resulted in the addition of six companies and the removal of four, leaving the index with 37 members. The criteria were adjusted such that the minimum daily trading value was raised from $300K to $500K.