Canadian licensed producers, which rose in both April and May after twelve consecutive monthly declines through March, reversed some of the recent gains, with the Canadian Cannabis LP Index declining 11.4% to 282.96: 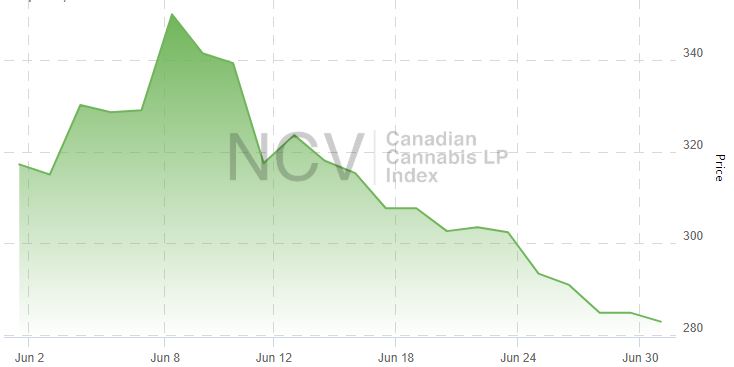 The returns for the overall sector varied greatly, with 5 names posting gains, while 10 declined by more than 20%, with the entire group posting a median return of -10.9%: 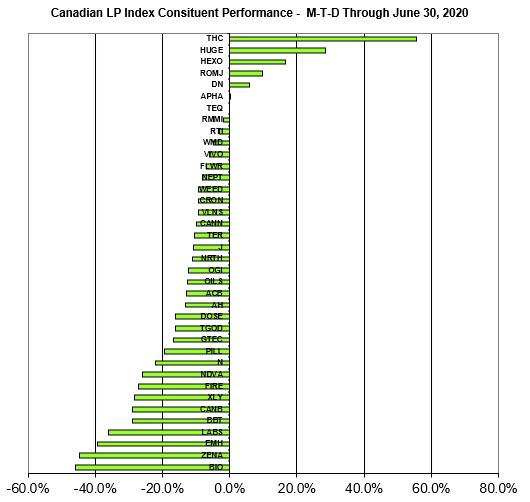 For July, the overall index will have 35 constituents after a revision to our rules for inclusion, which we recently detailed. In order to be in the overall index, companies must have a price of at least $0.20 unless they are generating at least C$2.5 million quarterly from their cannabis production operations. Further, we have increased the minimum quarterly revenue required for Tier 1 to C$20 million and for Tier 2 to C$5 million.