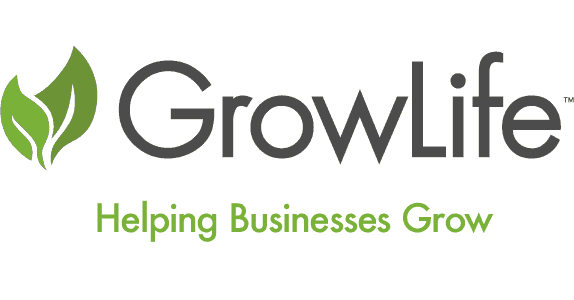 Two years ago, Growlife (OTCBB:PHOT) was the most widely held and actively traded cannabis stock, commanding a market cap of hundreds of millions of dollars. It had already peaked by the time General Cannabis (OTC:CANN), then known as Advanced Cannabis Solutions, was suspended from trading by the SEC for two weeks in late March. On the exact day that CANN resumed trading, April 10th, 2014, PHOT was hit with a suspension as well:

The Commission temporarily suspended trading in the securities of PHOT because of questions that have been raised about the accuracy and adequacy of information in the marketplace and potentially manipulative transactions in PHOT’s common stock.

To this day, the SEC has not filed charges against the company or anyone associated with it.  As a result of the suspension, the stock lost its OTC listing and the ability to trade with bids and offers being posted (the Grey Sheets).  The company worked hard to restore its listing status and announced the change today:

GrowLife, Inc. (OTCBB: PHOT), one of the nation’s most recognized cultivation service providers, today announced that its common stock has resumed quotation on the OTC Bulletin Board after receiving clearance from the Financial Industry Regulatory Authority (“FINRA”) on its Form 15c2-11.

“GrowLife was notified yesterday that FINRA approved a market maker who filed a 15c2-11 in August 2014,” stated Marco Hegyi, President of GrowLife. “We are pleased to clear this important hurdle of restoring trading in GrowLife on the OTCBB. Re-listing on the OTCBB will allow us to enhance liquidity in the stock and attract additional market makers and institutional investors. We plan to expeditiously apply for uplisting on the OTCQB to further these goals.”

Mr. Hegyi continued, “I am grateful to our shareholders, investors and partners who have stood by us during this challenging time. We will continue to work towards increasing shareholder value, and will now get back to strengthening the indoor growing industry.”

Returning to listed status is quite rare, as most companies that are suspended eventually cease to trade because they are unable to find a market maker to sponsor the Form 15c2-11.  CANN relisted in 2015, but its circumstances were different.  The company’s suspension was due to the actions of an individual known as an affiliate and not an officer or director of the firm.

PHOT had been delinquent on its SEC filings as it struggled to stay afloat following the suspension, but it is current now.  The most recent 10-Q for the quarter ending 9/30/15 indicated shares outstanding of 902mm, but this excludes substantial convertible debt and other dilutive securities. The company has significantly downsized and appears to face long odds.  Today, though, that didn’t matter to traders who were hoping to see the company recapture some of its former glory.  The stock traded almost 23mm shares at an average price of .0341 ($780K trading value), closing at .055, up over 205%: 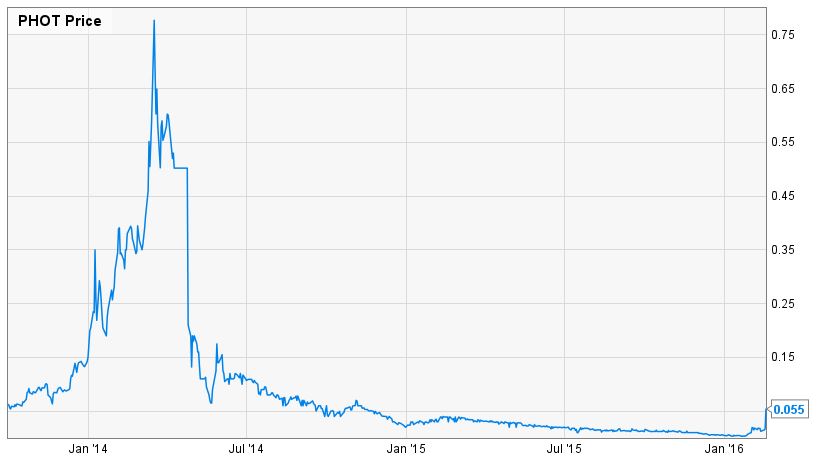