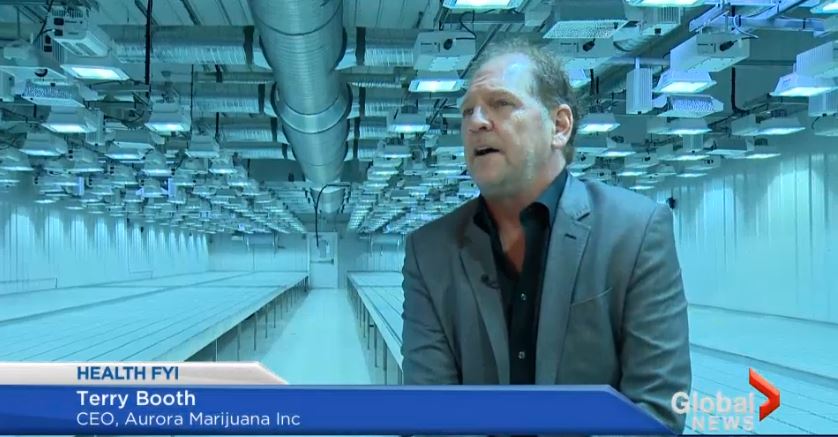 More than nine months after receiving its license to cultivate, Aurora Cannabis, which has the sole licensed facility in Alberta, has finally received approval to sell to patients according to the Health Canada website.

Aurora was founded in 2013 by its CEO, Terry Booth, and President, Steve Dobler.  The company recently added Adam Szweras and Chuck Rifici, a co-founder of Tweed, to its Board of Directors. Booth shared a statement via Twitter:

This move by Health Canada is the first significant move since the elections last month. Aurora trades on the CSE with the symbol ACB and on the OTCQB with the symbol ACBFF. Earlier this month it had provided an operational update:

The Company is also pleased to provide an update of the status of its application to amend the license allowing for the sale of medical marijuana. The Company’s Chief Brand Officer, Neil Belot, commented, “As the Marihuana for Medical Purposes Regulation (“MMPR”) continues to evolve, Licensed Producers are being held to increasingly stringent standards by Health Canada, and Aurora welcomes the added scrutiny from the inspectors from Health Canada’s Regions and Programs Bureau who have been visiting the facility over the past few weeks. Aurora has been in continual dialogue with Health Canada’s Office of Medical Cannabis and is confident that these extra steps in the sales licencing process are in the best interest of Aurora shareholders, patients and the Office of Medical Cannabis. Our goal has always been to raise the bar for the medical cannabis industry in Canada and we are thrilled to be setting the new standards. Moving forward, we believe all Licenced Producers will be held to the same standards during their annual license renewal process and patients across the country will have an improved experience overall.”

In contrast to the other Canadian licensed producers, Aurora is actively pursuing business in the United States through its subsidiary Australis Capital Inc.  The stock posted its highest close of 2015 today: 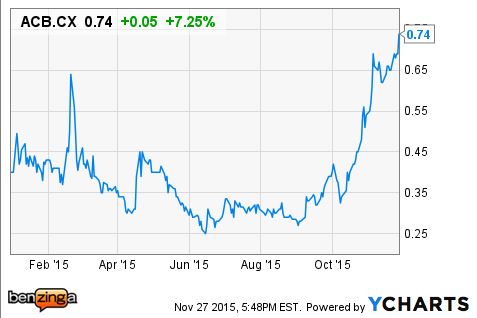 The company’s most recently reported share-count was approximately 125mm, suggesting a market capitalization of about $93mm.