The first week of trading for the new Horizons Medical Marijuana Life Sciences ETF (TSX: HMMJ) (OTC: HMLSF) has been a tremendous success. While Tuesday saw its first decline after a sharp reversal from new highs early in the morning, the ETF has gained 12.2% since its debut, rising from $10.00 to $11.22 after trading as high as $12.40, with very strong trading volume. On Tuesday, 2.888mm shares traded ($33mm) on the TSX, the first day to exceed the initial day’s 2.27mm shares.

Including other exchanges, the traded value and volume also set records on 4/11, with over 4.6mm shares trading: 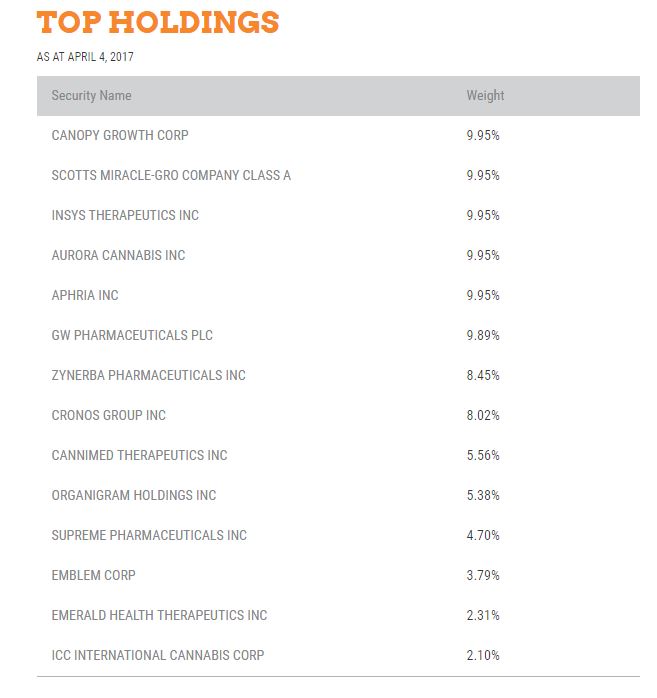 According to the Horizons website, the net assets as of 4/11 have increased by 780% over the past week, rising from $10mm to $88.093mm. The demand for the ETF has fueled buying in the underlying securities. The first panel includes the 9 Canadian licensed producers: 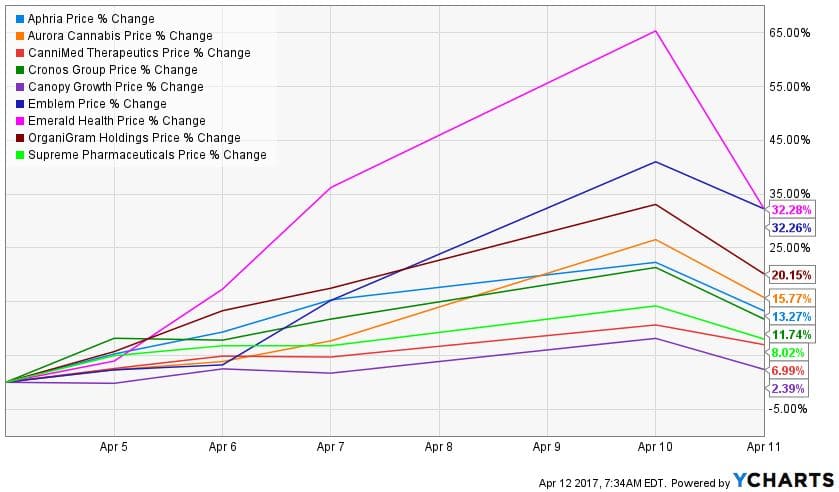 Two of the smaller holdings have performed the best, Emblem and Emerald, both of which have relatively small floats and have gained 32%. The remaining 5 holdings have not fared as well as the Canadian LPs, with the exception of ICC, the best performer of all of the holdings thus far: 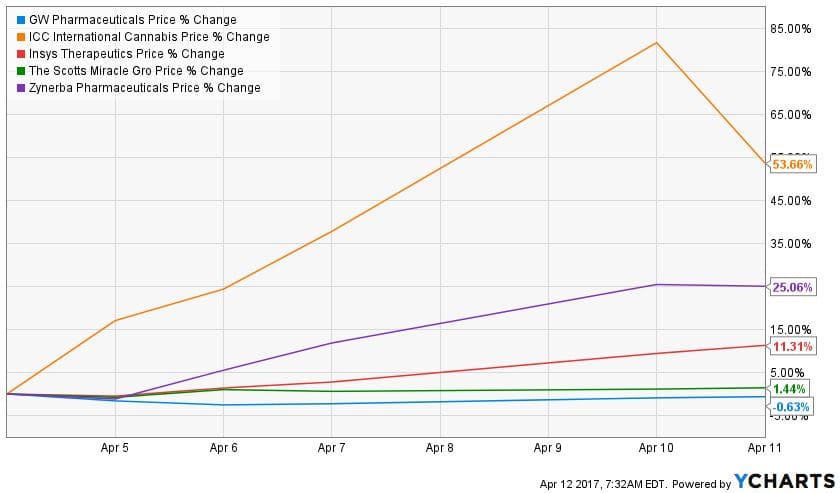 HMMJ has been a big success so far, with investors piling into the ETF. The buying has thus far helped fuel a rally in the majority of the stocks held by the ETF, with the biggest impact on some of its smaller holdings. Not surprisingly, the largest market caps names, SMG, GWPH and WEED, have been the least impacted.