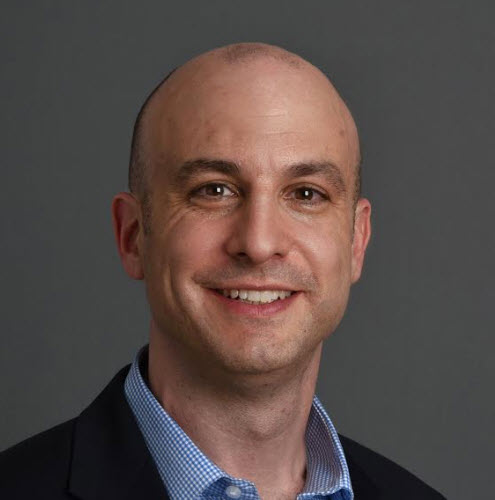 Intangible Assets in the Cannabis Industry – Measuring the Success of Acquisitions

In the last year, a lot of attention has been given to the amount of goodwill on cannabis companies’ balance sheets. Several articles argue that that many multi-state operators (MSOs) have grossly overpaid for their acquisitions and warn investors that write-downs are inevitable. Given that some high-profile MSOs have recently announced large impairment charges and the fact that a significant amount of intangible assets still remain on many of their balance sheets, it is easy to understand why analysts have honed in on the issue. This article will provide investors with tools to understand accounting for intangible assets and how they can provide useful insight about a company’s acquisition strategy. We will also provide tools for CFOs of cannabis companies that can facilitate the process for purchase price allocations and testing for goodwill impairment.

The following table illustrates the growth in intangible assets as a percentage of total assets over the last couple of years for publicly-traded cannabis companies:

Let’s discuss what goodwill is and how it gets recorded on a company’s balance sheet. When a company is acquired, accounting rules compel the acquirer to allocate the amount paid to the assets acquired and liabilities assumed at the acquisition date. So for example, say Company A acquires Company B for $100 million. Company A must analyze the transaction and disclose in its financial statements what it received (assumed) for the purchase price, and allocate a value to each type of asset and liability. In the cannabis industry, assets acquired typically consist of inventory, fixed assets, and identifiable intangible assets such as licenses, brands, and agreements to manage dispensaries and/or cultivation sites. So say Company A allocates $70 million to these net assets, this leaves a $30 million residual which is allocated to goodwill.

Goodwill is often a misunderstood concept. Some mistakenly assume that if a company allocates a significant portion of the purchase price to goodwill, it indicates that the acquirer overpaid. It’s more complicated than that. The intent of goodwill is to capture the value of acquired assets that are hard to quantify. Examples of such assets include the value of future customers or management agreements (as opposed to customers and management agreements in place at the time of the deal, which can be valued), the expertise of the management team, the workforce in place, buyer-specific synergies, technology the company has yet to develop, and many other assets, depending on the nature of the target’s business. When a significant portion of the deal is allocated to goodwill, the acquisition strategy becomes murky – not that it necessarily means the acquirer overpaid – but analysts should try and get a better understanding of the motivation for the deal and the types of acquired assets that are captured in goodwill.

It’s worth noting here that the presence of significant intangible assets is not unique to the cannabis industry. Intangible assets play an increasingly important role in our modern economy. We no longer live in a world where a company needs to own a factory or expensive equipment to generate significant cash flow. Nike doesn’t make shoes; it is a branding company. Marriott doesn’t own many hotels; it owns management contracts. In fact, many cannabis companies employ a similar strategy to Marriott in that they do not own a lot of physical real estate, preferring to manage dispensaries rather than outright own them. But it is critical to understand that companies won’t report intangible assets on their balance sheets unless they are obtained through acquisitions. Make no mistake though, whether companies report intangible assets or not, the vast majority of the value in this industry is in intangible assets more so than tangible assets.

Assessing Whether Cannabis Companies Are Overpaying for Acquisition Targets

Given the nebulous nature of intangible assets, it can be difficult to ascertain whether buyers are overpaying or are actually getting valuable assets which position the combined company for future growth. Unfortunately, there are several obstacles to answering this question. We list some of them below and provide our thoughts on each:

Management has the choice of testing for goodwill impairment at the consolidated level or at the reporting unit level (or cash flow generating unit for IFRS). It’s worth noting that many public companies that test at the consolidated level will test goodwill for impairment based on a comparison of their stock price versus the book value of equity. To the extent that companies are trading below book value, it could suggest that a potential goodwill impairment may exist.

Exhibit A presents a list of companies in the industry, their respective goodwill balances and price to book value of equity multiples. 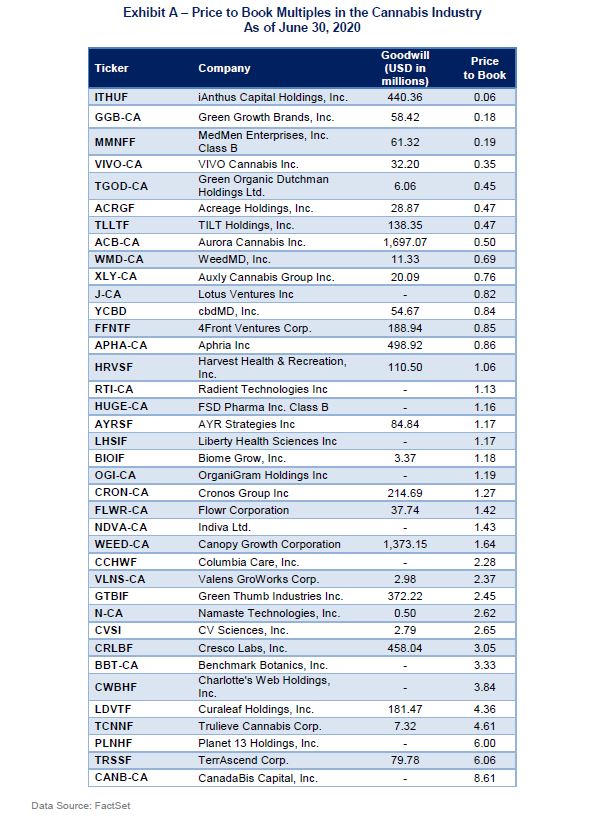 As Exhibit A illustrates, there are a significant number of companies with goodwill on their balance sheets that are trading below their book value. When a company’s market capitalization is less than its book value of equity, it suggests that the market does not believe that the value of its assets are recoverable. Exhibit A indicates that potential goodwill impairments are on the horizon.

It is generally not a good sign when a company impairs its goodwill, but the extent that the original purchase consideration consisted of non-cash assets could be a mitigating factor. Aurora Cannabis Inc., for example, recognized approximately $1 billion of asset impairments in February 2020, but it paid for these assets in its own stock during better times. Several months later, the company’s stock was trading not too far below its price when it announced the asset impairments.

The lesson here is that understanding the original deal terms can provide valuable insight when analyzing the impact of a goodwill impairment. Investors can sigh in relief knowing that a deal that went South was paid for in inflated stock or an earn-out, rather than in cash.

Subjective nature of testing for impairment of intangible assets in the cannabis industry. Even if cannabis companies practice good faith in determining whether its goodwill is impaired, the fact is that testing goodwill is a very challenging exercise, even for management of the company armed with all the information it has on its operations. Management has to address the following challenges:

For example, does the local government plan on issuing more licenses, which would dilute the value of the currently-issued licenses? Are the local authorities cracking down on the illicit market, thereby enabling the legal operators to compete? Is their momentum in the state toward legalization of adult-use, i.e. recreational cannabis? And yet, most available publicly-traded cannabis companies operate in numerous states, and the granularity of testing for impairment for an operation in just one state is not readily available.

Needless to say, it can be a significant challenge for a company to infer the value of a subsidiary that operates in one state based on the multiples of companies that operate in numerous states.

Not to say there’s not a lot of risk in this industry. Cannabis companies face a patchwork of various state regulatory environments, with onerous requirements, and draconian tax rules. And, oh yeah, cannabis is still illegal from a federal perspective! So there’s that. All these factors make it difficult to distinguish whether the industry should be thought of as in its start-up phase with start-up type risk, or as a more mature industry with significant regulatory hurdles.

Accounting departments at cannabis companies must deal with these obstacles, but the hurdles are not unsurmountable. There are valuation techniques that have been developed to address similar challenges. One important development in recent years is the concept of calibration, which is discussed at length in the recently issued AICPA guide entitled Valuation of Portfolio Company Investments of Venture Capital and Private Equity Funds and Other Investment Companies. While the guide discusses the concept for valuation of portfolio companies, it can certainly be used to test goodwill impairment. The idea behind calibration is to analyze the valuation model at the inception of the investment. Then, when measuring the company’s value at a later date, the valuation analyst calibrates the model’s assumptions based on the company’s performance and changes in the capital markets between the investment’s inception date and the goodwill impairment measurement date.

An analyst performing a goodwill impairment test should obtain the purchase price allocation report used when it was acquired. The valuation analyst can calibrate the assumptions used in the purchase price allocation analysis to derive conclusions about the company’s value at the goodwill impairment testing date. For example, the discount rate used in the goodwill impairment test can be derived by reviewing the expected internal rate of return (IRR) and discount rate calculated in the purchase price allocation analysis. To the extent that the company has missed its original projections, this might suggest a higher discount rate than when the company was originally acquired. This is just one example, but a wealth of knowledge can be achieved from gaining an understanding of the thought process and valuation assumptions at the company’s acquisition.

Armed with the information in this article about the goodwill impairment testing process, a reader or preparer of a financial statements is in a better position to assess the success of acquisition strategies. For accounting departments at cannabis companies, this article may provide some useful considerations such as the calibration concept to consider when measuring for impairment.

For those in the investment community, this article provides some clues that may be useful in analyzing a company’s acquisition record. Companies that are less transparent than others in their financial reporting may be obfuscating the performance of their acquisitions, which could be a red flag. This somewhat new industry has already seen its share of goodwill impairments. Given the high number of companies with price to book multiples less than one, it’s clear that investors are wary about a lot of operators in the industry.

On the other hand, many of our clients have told us that the disappointing performance of public cannabis stocks in 2019 is a poor barometer for the state of the larger cannabis market, which includes many non-public companies. We have witnessed acquisitions of companies in highly protected, limited license states like Connecticut and Arizona that are knocking it out of the park. So it’s important to be cautious about making sweeping generalizations. Clearly, there will be duds in this industry, but assuming the whole industry is homogenous can lead to missed opportunities in an industry experiencing hyper growth. 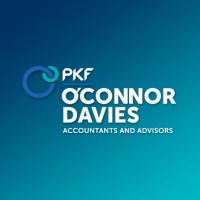 Noam Hirschberger is a principal in the Forensic, Litigation and Valuation Group at PKF O’Connor Davies with 15 years of experience developing advanced financial models, including discounted cash flow, comparable security and Black-Scholes analyses, used for valuation of businesses, intangible assets and derivatives.

Noam has an extensive background serving the cannabis industry, with experience working with dispensaries, lifestyle branding companies, cultivators, and biotechnology companies. Additionally, he serves a wide range of investment companies such as private equity groups, hedge funds, BDC’s, and other investment companies.

Noam has reviewed and performed numerous valuations of investments for compliance with ASC 820. He has also presented lectures and webinars on best practices for performing valuations pursuant to GAAP.