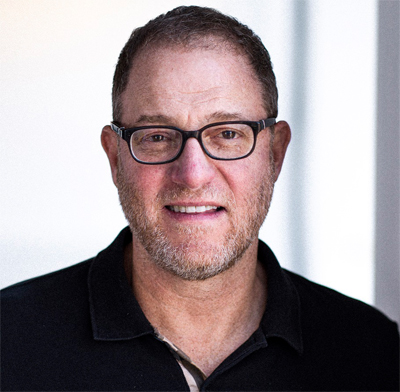 Jushi Holdings (CSE: JUSH) (OTCQX: JUSHF) grew its revenue 159 percent in 2021 compared to 2020, and the company anticipates revenue growth to continue in 2022, according to Founder, Chairman and CEO Jim Cacioppo. He last spoke with New Cannabis Ventures in December 2021. Since then, the company has continued to build out its footprint and its team. Cacioppo checked in to discuss opportunities for growth within Jushi’s footprint and how the company is focusing more on its wholesale business.

Jushi’s footprint currently spans seven states. In Pennsylvania, the company has expanded its grow/processing operations over the past 18 months, going from a handful of grow rooms to 10 grow rooms. With a shift in regulations, the company was also able to bring new genetics to the state. Jushi now has a vastly improved genetics profile with a greater variety of strains, according to Cacioppo. The company is eagerly awaiting the launch of adult-use in the state. When that happens, Jushi has the ability to further expand its operations.

Jushi also has operations in Virginia, and the state recently enacted a number of changes to its cannabis legislation. The new regulations, expected to go into effect at the beginning of July, will allow the company to advertise and remove the requirement for CBD to be in all products, according to Cacioppo. Jushi is ramping up its grow operations there, going from two rooms to seven.

While the number of people who use cannabis in Virginia’s medical program is relatively low compared to other states, the market is set to launch adult use in 2024, according to Cacioppo. Jushi has two stores open in the state, a third opening soon and plans to open a total of six. The company also has exclusive rights to serve the northern part of the state, which puts it in a powerful position to grow revenue once adult use launches.

In Illinois, Jushi has four dispensaries, which produce $75 to $80 million in revenue, according to Cacioppo. The company won another license in the state last year, and it is looking to open that store in the first or second quarter of next year. The dispensary cap in Illinois is 10, which leaves room for Jushi to acquire more. The company is also planning to add grow/processing operations to its Illinois footprint at some point, whether by winning a license or acquisition.

Jushi has become vertically integrated in Ohio. The company won a retail license in the state, which it plans to open by the end of the year or early next year. The state has a cap of five retail stores. Most MSOs are already at the limit, which means Jushi should have a relatively straightforward path to acquiring four more stores in the state, according to Cacioppo.

The company add the states of Massachusetts and Nevada to its footprint via acquisition. It most recently closed the acquisition of NuLeaf in Nevada. Jushi has vertically integrated operations in the state, including four retail dispensaries. It also has the ability to add capacity to its grow/processing operations in the  Nevada. Jushi could potentially pursue bolt-on dispensary deals in both Massachusetts and Nevada. The company also has a small footprint in California.

Adding to the Team

Jushi is concentrating on becoming a major wholesaler in markets like Massachusetts, Pennsylvania, Virginia and Ohio. As a part of that effort, the company hired a head of wholesale. It has also built out its retail management platform with a new vice president of retail and new state directors of retail.

Analysts group MSOs into tier one and tier two categories. Jushi is considered a part of the tier two category, according to Cacioppo. He points out that tier one companies like Cresco Labs– set to acquire Columbia Care, GTI, Verano and Curaleaf are substantially built out. Jushi, on the other hand, is in the position to continue growing organically and to make accretive acquisitions. And deals are more accretive right now because there are no longer as many buyers, according to Cacioppo.

As of March 31, Jushi had a cash balance of $76.2 million and $147 million in debt. It also has an acquisition facility with approximately $60 million in unused capacity. Additionally, the company owns its facility in Virginia, which it could use as a collateral to grow in the state when it transitions to adult use.

Jushi updated its fourth quarter 2022 annualized revenue to $340 to $380 million and fourth quarter annualized adjusted EBITDA to $60 to $80 million. The team is confident in Jushi’s position as a high-growth company. The company is growing at a 50 percent rate based on analyst projections, according to Cacioppo.

In addition to revenue growth, Jushi is adding stores and canopy. The company is aiming to add approximately 10 stores per year, and it is expanding its canopy in multiple different markets.

The timing and uncertainty of regulatory change remains a challenge, but Jushi has operations in states that are poised for a positive shift. For example, Virginia has a timeline for adult-use, and Pennsylvania is ripe to make that transition when regulators are ready to move forward. Jushi will be challenged to ramp up its operations to meet the demand that comes with those regulatory shifts.

In the past, Jushi was primarily a retail company without substantial vertical integration. But that is changing. With the expansion of operations in Pennsylvania and Virginia, the acquisitions in Massachusetts and Nevada and the progress in Ohio, Jushi has substantially embraced vertical integration. As it focuses on wholesale, the company will strive to produce high-quality products at a competitive price point.