After the close on Friday, MassRoots (OTC: MSRT) filed an 8-K with the SEC disclosing a financing. The company completed a private placement on August 17th, raising $950K from the sale of $1.045mm convertible notes and $0.50 warrants (a 9% discount to the principal) in a deal that comes with materially worse terms than a recently completed transaction.

The notes are convertible at the lower of $0.75 or a “25% discount to the to the price at which the Company next conducts an offering after the issuance date of the Note.” If the company doesn’t pay the notes off by the six-month maturity at $1.15mm within 90 days or $1.306mm thereafter, then the conversion price would be “equal to 65% of the average of the three trading days with the lowest daily weighted average prices of the Company’s common stock occurring during the fifteen days prior to the Notes’ Maturity Date.” The company could be forced to issue up to 500K shares as well if the notes aren’t paid off or converted by the maturity date in February. 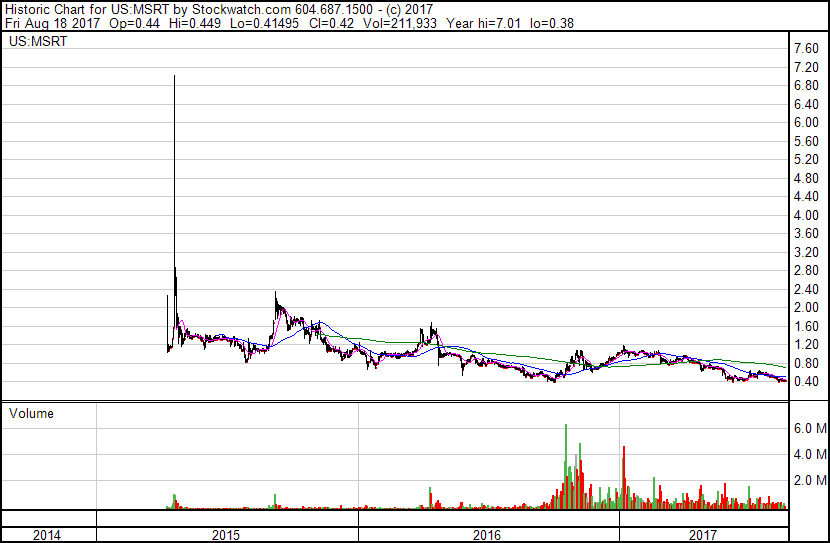