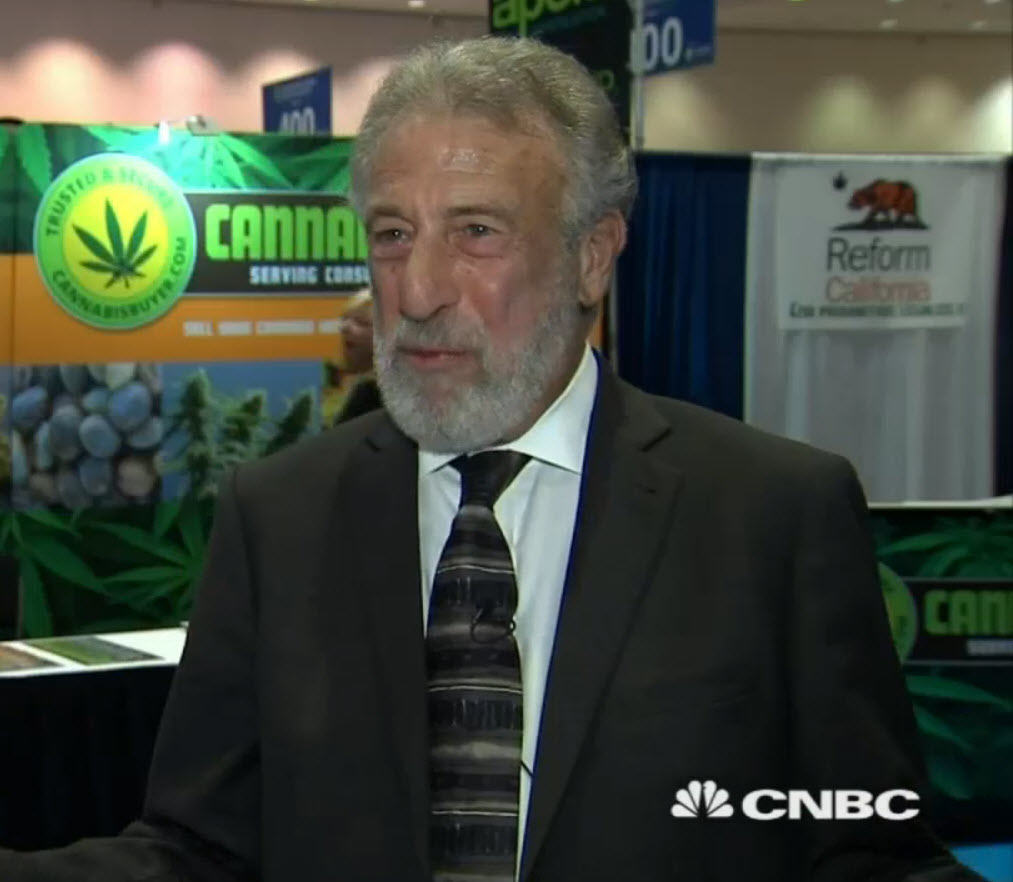 You can count on one hand the number of chief executives of large companies who publicly support the legalization of marijuana. The list goes as follows:

John Mackey, co-CEO of Whole Foods Market; Richard Branson of the Virgin Group; billionaire financier George Soros; and Peter Lewis of Progressive Insurance (who was a longtime advocate before passing away in 2013).

Now, there’s a fifth CEO–George Zimmer, founder of Men’s Wearhouse, a company that fired him two years ago. He divulged to CNBC that he’s a cannabis aficionado of sorts.  “I’ve been smoking marijuana on a regular basis for about 50 years,” Zimmer said to CNBC.

Zimmer gave the keynote speech Friday at the Cannabis World Congress & Business Expo in Los Angeles, pushing for legalization. Inside the Los Angeles Convention Center, he was surrounded by a variety of start-ups hoping to cash in on the legal pot craze. Zimmer said he looked into investing in one such company a year ago but decided not to—not least of which had to do with the Internal Revenue Service.

Read “Men’s Wearhouse founder comes out in favor of pot legalization” and see his interview with Jane Wells:  http://www.cnbc.com/2015/09/18/mens-wearhouse-founder-comes-out-in-favor-of-pot-legalization.html