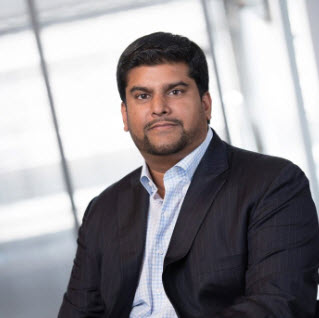 Founded in 2009, MJardin (CSE: MJAR) began by managing cultivation facilities in Colorado. Since then, the company has evolved to become both an operator and an institutional asset manager with more than 35 facilities under management across North America. Rishi Gautam, the company’s Executive Chairman and CEO of GrowForce, spoke with New Cannabis Ventures about how the business model evolved, the process of going public in Canada and how the company has been profitable.

Gautam met the founders of MJardin in 2013 and participated in the company’s first investment round in April 2014. From 2014 to 2017, during which Gautam sat on the company board, MJardin served as solely a consulting company for licensed operators with no capital investments made. In 2017, Gautam came on board as chairman and CEO and began exploring strategic capital initiatives. Now, the company has a hybrid business model that combines operational and investment expertise.

Today, the company has approximately 350 employees across 35 cultivation, extraction, and retail facilities. MJardin is actively hiring, and Gautam expects the team to double as the company builds out additional assets.

Gautam and his team have been planning MJardin’s capital market strategy for a year and a half, and now the company has gone public in Canada through an RTO. Last year, the company attracted Canadian shareholders through a private raise and partnered with Toronto-based merchant bank KES7 Capital. Today, that institutional shareholder base owns 30 to 35 percent of the business. Following the capital raise, the company wanted to prove the power of MJardin Capital. So, the company closed two transactions, one in the retail and the other a large-scale cultivation facility in Las Vegas. Canaccord Genuity was the lead investment bank for the company’s public pursuit, and MJardin is now listed company on the CSE.

MJardin is active in Canada through GrowForce, which buys assets in federally legal markets. The company has built a $100 million portfolio that covers ground from Winnipeg, Manitoba to Halifax, Nova Scotia. MJardin is the exclusive manager of those assets. This summer, GrowForce closed a $38 million capital raise to fund further Canadian asset acquisitions. GrowForce is also partnered with Toronto-based Bridging Finance, which has been providing non-dilutive capital for the company’s growth. MJardin has made an offer to acquire GrowForce.

In terms of the company’s U.S. footprint, MJardin has a strong footprint in Colorado and Nevada. The company is also exploring investment in additional markets through a “second mover advantage” model. This means the company is interested in geographies with open cash registers and existing consumers, according to Gautam. The company aims to enter markets like this, acquire initial license holders, and improve their operating models. Gautam sees Arizona, Florida, and Massachusetts as key markets for this strategy.

The second mover approach challenges the company to make acquisitions of the right size and for the right amount, but Gautam believes the company is successfully capitalizing on this strategy. The company has the operational expertise to monetize facilities.

MJardin was profitable in 2017, and Gautam expects the company to be so again in 2018. The company will have an approximately $20 million revenue run rate this year. With a healthy balance sheet and the Bridging Finance partnership, Gautam is comfortable with the company’s position and does not see an immediate need to raise more capital.

The MJardin team has produced and sold more than 100,000 kilos of finished product. Gautam sees the company’s value as an asset manager only increasing as more markets come online.

MJardin is a client of New Cannabis Ventures. Listen to the entire interview: