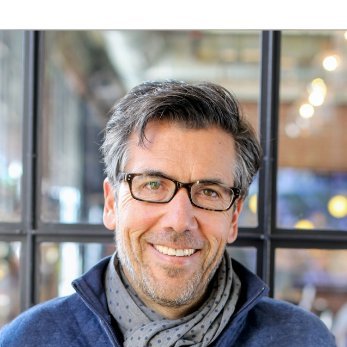 The case for New York: Medical Marijuana’s next frontier

If I can make it there,
I’ll make it anywhere.
It’s up to you, New York, New York.

In the world of medical marijuana (MMJ), many might replace ‘New York’ with California in these iconic lyrics. Still, making it in New York remains critical to MMJ’s national and global ambitions. And I for one, even if contrarily to others, am confident it will.

For some time, it’s been seemingly in vogue to dismiss the progress or potential of the MMJ market in New York. Perhaps because as one the country’s most populous and progressive states, most sense it should be further along. Well, as my mother often told me, some are just late bloomers. New York’s bloom is around the corner.

New York is not a pseudo recreational market; in fact, recreational legalization will not arrive any time soon. Rather – not unlike Canada before it – New York is primed to be a shining example of what happens when you make regulated MMJ available to millions with either debilitating or chronic conditions.

But MMJ won’t succeed in New York on statistics or its laurels alone. The right fundamentals must be in place. Capital investments and demand must consistently grow. And it won’t hurt if cultural and other influences kick in. Here’s why I see New York succeeding:

After a slow start, key foundational pieces for growth are coming into place. California proved out that MMJ patients greatly value discretion and convenience. By late summer, patients across New York will be able to see a doctor, seek certification by the state, consult with a dispensary pharmacist and take delivery of medication. All without leaving their homes.

These conveniences, when combined with an expanding list of qualifying conditions (chronic pain was recently added; PTSD appears to be next), significantly widen the addressable market.

And even though supply of cannabis-trained doctors has been somewhat constrained – buying MMJ in New York starts with a doctor’s appointment – nurse practitioners can now also be certified to prescribe MMJ. Constraint removed.

One more intangible worth mentioning. While I am no regulatory expert, my sources tell me that those running the New York MMJ program are motivated to make medical cannabis solutions available to as many as properly qualify, rather than try to artificially repress it. This may prove important when it comes expanding product selection.

Close to half of the state lives in the greater New York city area. Urban centers are known for their more progressive views on controversial subjects, and by any definition MMJ is certainly one. New York city already sports a strong marijuana culture; as word spreads of those benefitting from the MMJ program, this underlying acceptance will only spur demand. Besides, word of mouth is MMJ’s best friend. When people feel better, they tell the world.

Early stage markets also require businesses willing to take risk on infrastructure and on marketing. The licensed producers in New York knew going in this could be a long tail, and seem prepared for it. Just last week, one launched a billboard campaign – a wave that could actually lift many boats. Mainstream advertising not only stimulates interest, but in subtle ways can normalize how a population views MMJ.

There is one other kicker emerging in New York. Because of the opioid crisis – finally getting its much needed and deserved spotlight – doctors are seeking insights about MMJ’s potential as an opioid alternative. And not always by choice. Opioids are increasingly being restricted by the authorities, leaving doctors with less to choose from to help their patients with pain control.

New York is bordered by active and soon-to-be very active MMJ markets. Adjacent to Canada, Connecticut, Pennsylvania, Mass and Vermont – New York will literally be surrounded by millions of people living in legalized markets of one kind of another. This sense of ubiquity next door will accelerate word-of-mouth, acceptance and ultimately demand.

If the influence of New York’s neighbors is not enough, the pull of those that shuttle back and forth to California, Nevada, Colorado will take up the slack. Soon enough MMJ may mirror the Uber phenomena; once available in your market or the ones you travel to, you come to expect and demand it at home.

The fundamentals of the New York market have changed, demand is poised to spike and marijuana legalization is no longer just a west coast thing. So chin up New York, and sing along with me. MMJ can – and will – make it there…

Larry Lisser is  Senior Vice-President of Business Development at HelloMD. He has served in this capacity since June of 2015. A seasoned entrepreneur and specialist in building global partner networks for next-gen companies, Larry has assisted countless startups in achieving rapid growth, particularly inside of new industries. His experience in these successes have included corporate roles, serving as a strategic consultant and holding board positions. Larry started his career in Canada, spent almost 20 years in San Francisco and now lives with his family in Denver. Colorado.