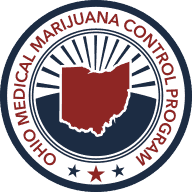 Ohio’s Medical Marijuana Control Program announced today that it will begin accepting applications for processors on December 4th through December 15th. The program remains on track to become operational by September 2018.

The application fee is $10,000 (non-refundable), with an additional $90,000 certificate of operation fee required for successful applicants and an annual renewal fee of $100,000. The state will issue up to 40 processor provisional licenses prior to the start of the program.

The application is in two parts, including a 24-page form that requires the business entity, its financial status, approval from the property owner, zoning information and other information, and an 8-page form for information that isn’t identifiable to the applicant, which is supposed to provide a business plan, an operations plan, a quality assurance plan, a security plan and a financial plan.

Ohio is expected to announce the successful cultivation applicants in November and is closing out the dispensary application process on  November 17th.