Cannabis stocks have been on quite the tear, with the index almost doubling from the levels near the end of August as traders gravitate to the sector in front of several state legalization initiatives next month. One of the big movers has been General Cannabis (OTC: CANN), which was formerly Advanced Cannabis Solutions.  The company has several divisions, the largest of which provides security solutions in Colorado.

From August 31st until its peak this morning, the stock had appreciated by over 500%. Today, though, it has given up a lot of those gains: 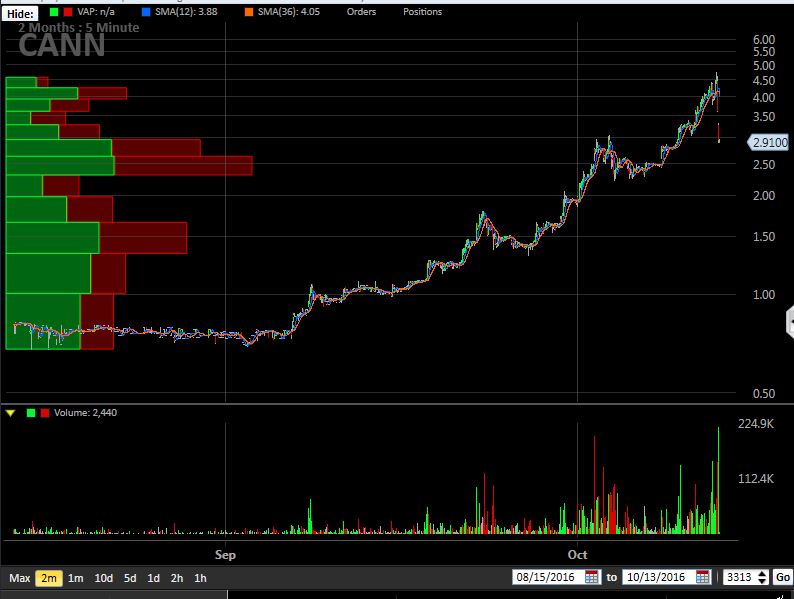 The stock quickly lost more than 1/3 of its value after the company a press release detailing the concerns of OTC Markets, where its stock trades:

The company’s CEO, Robert Frichtel, who filed a Form 144 to sell 100K shares and has sold 25K shares yesterday (not yet reported to SEC with a Form 4), stated that the company was not aware of the promotional activity until being alerted by OTC Markets. In early 2014, CANN was the first major cannabis stock to be suspended from trading by the SEC due to the activities of an unaffiliated third-party. The company later regained its OTCQB listing.