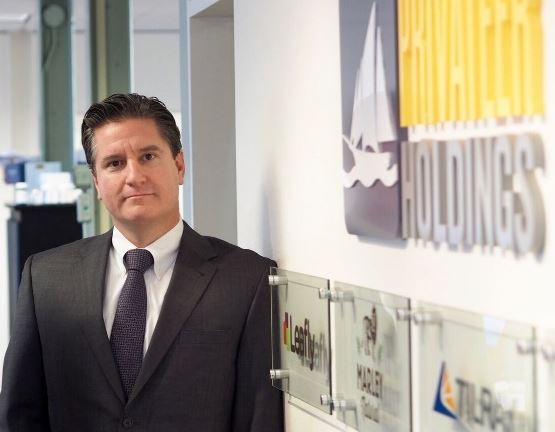 SEATTLE–(BUSINESS WIRE)–Privateer Holdings, the world’s leading investment firm shaping the future of the global legal cannabis industry, today announced the appointment of Federal Reserve Bank Examiner Dante Tosetti as Director of Treasury Compliance. At Privateer, Tosetti will lead the development of new financial solutions for the cannabis industry while also continuing to strengthen Privateer’s commitment to the highest level of compliance with the complex financial laws and regulations governing the rapidly evolving legal cannabis industry.

“It’s no secret that banking is one of the legal cannabis industry’s biggest challenges,” said Michael Blue, founding partner and Chief Financial Officer of Privateer Holdings. “We are thrilled to welcome Dante to our industry-leading team of professionals. His hiring is another strategic milestone for us and a reflection of our commitment to operating with the highest standards of compliance while forging new ground in accelerating the development of the cannabis industry globally.”

“Privateer Holdings is a leader in the legal cannabis industry thanks to its commitment to compliance, starting with a strong tone at the top, along with a team of driven, distinguished professionals,” said Tosetti. “I am excited to work alongside Privateer’s expert team, including former federal law enforcement officials and Ph.D. scientists, to set new standards of excellence in the legal cannabis industry.”

Tosetti is the second former U.S. federal official to join Privateer Holdings’ team. In December 2013, Patrick Moen joined Privateer Holdings as Managing Director of Compliance and General Counsel. Prior to Privateer, Moen spent over 15 years in law enforcement, including more than 10 years as a highly-decorated criminal investigator and supervisor for the U.S. Drug Enforcement Administration (DEA). During his time with the DEA, Moen focused on complex criminal conspiracies involving large-scale drug trafficking organizations, and was responsible for overseeing a multi-agency task force. Moen was the first DEA official to leave for a position in the cannabis industry.

Why Cannabis MSOs Are Melting Down