Seventeen companies currently qualify for inclusion, with six filing in U.S dollars and eleven in the Canadian currency. Earlier this week, Golden Leaf Holdings (CSE: GLH) (OTC: GLDFF), which is based in Canada but operates in the U.S. and reports in U.S. dollars, posted sales of $4.03 million for the quarter ending 12/31/17, representing growth of 79% from a year ago.

Both of the updates in Canada are for companies qualifying for the first time. Organigram (TSXV: OGI) (OTC: OGRMF) reported sales of C$3.22 million, representing growth of 122% from a year ago. Note that the sales in both periods exclude the impact of returns related to the recall issue. Sunniva (CSE: SNN) (OTC: SNNVF), which derives its revenue from its clinic and from ancillary sales, posted revenue of C$5.86 million. 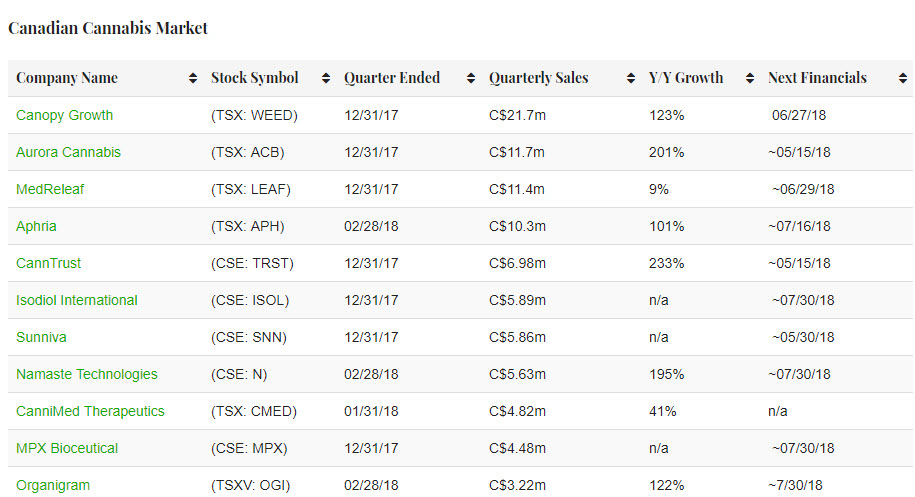