VANCOUVER, British Columbia, June 20, 2018 (GLOBE NEWSWIRE) — RavenQuest BioMed Inc. (CSE:RQB) (OTCQB:RVVQF) (Franfurt:1IT) (the “Company” or “RavenQuest”) comments on the historic vote in Canada’s upper chamber on June 19, 2018 which passed with 52 Yeas, 29 Nays and 2 abstentions. Under Canada’s constitution, Bill C-45 (“The Cannabis Act”) will now be sent to the Governor General to make Royal Ascent, at which point it will become the law of the land; adult recreational use cannabis will be federally legal across Canada.

George Robinson, CEO of RavenQuest BioMed Inc., a diversified cannabis company based in Vancouver, BC, Canada, commented on this historic result with the following comments:

“We are extremely pleased and welcome the passage of this historic bill into law. We wish to thank the contributions from all sides of the ongoing conversation around cannabis legalization. This includes the crucial and often risky early efforts by activists and advocates as well as the ongoing contributions from educators, research scientists, law enforcement, public health officials, physicians, lawmakers and so many more. We encourage all stakeholders to continue this conversation as we move towards implementing the regulatory framework which will put this legislation into action. Much needs to be accomplished to ensure public safety, education and awareness come to the forefront as we implement C-45. As a company that believes emphatically in social responsibility, we continue to emphasize the Government of Canada’s stated priority to include Indigenous communities in all major new economies affecting Canadians. We are confident that the appropriate steps will be taken by parliament and its committees to ensure Indigenous communities are afforded the chance to participate in this unprecedented economic opportunity.”

Canada will now officially become the first G7 nation to legalize adult recreational marijuana use federally. After 90 years of prohibition, this is a historic milestone with potentially global implications. 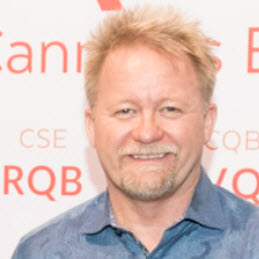 The world will be watching as Canada takes a leadership role in lifting prohibition. As we move toward the implementation of the Cannabis Act, I encourage all industry participants to lead responsibly, taking the care and caution that comes with stewardship of a new era.

RavenQuest is a licensed producer with facilities located in Markham, Ontario and Edmonton, Alberta, whose combined annual production will total 11,000 kg beginning in late 2018.

RavenQuest has also recently announced an LOI to acquire Western Agripharma Ltd., a late stage application with a 125,000 square foot facility under construction on British Columbia’s sunshine coast, a short ferry ride from Vancouver, BC. Upon completion, the facility will produce 25,000 kg of cannabis annually.