Most of the investors who sat in the special-purpose acquisition corporation (SPAC) MTech Acquisition for more than a year before deciding they didn’t like the investment into MJ Freeway must be questioning their decision to abandon their investment this week. According to an SEC 8-K filing issued by Akerna (NASDAQ: KERN) this morning, the vast majority of the SPAC investors redeemed their shares on Monday before the deal closed.

MTech Acquisition went public in late January 2018 at $10 per unit, which included warrants at $11.50, selling 5.75 million altogether and raising $57.5 million in gross proceeds. MTech never resonated with investors and sat near the $10 price even after the MJ Freeway acquisition was announced in late 2018: 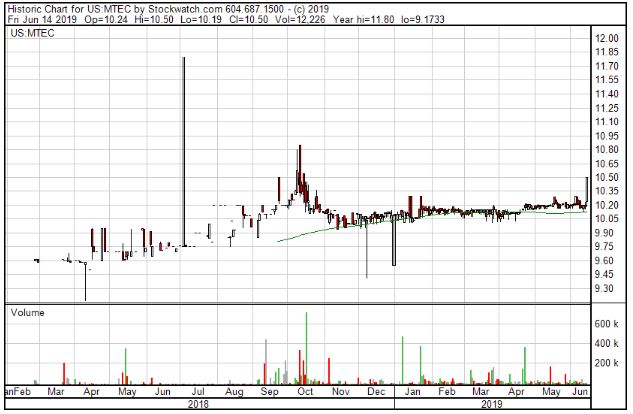 On 6/14, the day before the special meeting, MTech Acquisition closed at $10.50, and 77% of the holders opted to take back $10.238. KERN, which is trading in the pre-market today at $70, closed yesterday at $49.80, meaning that the early investors missed out on paper gains of $176 million by redeeming their shares. At least they got to keep their warrants! 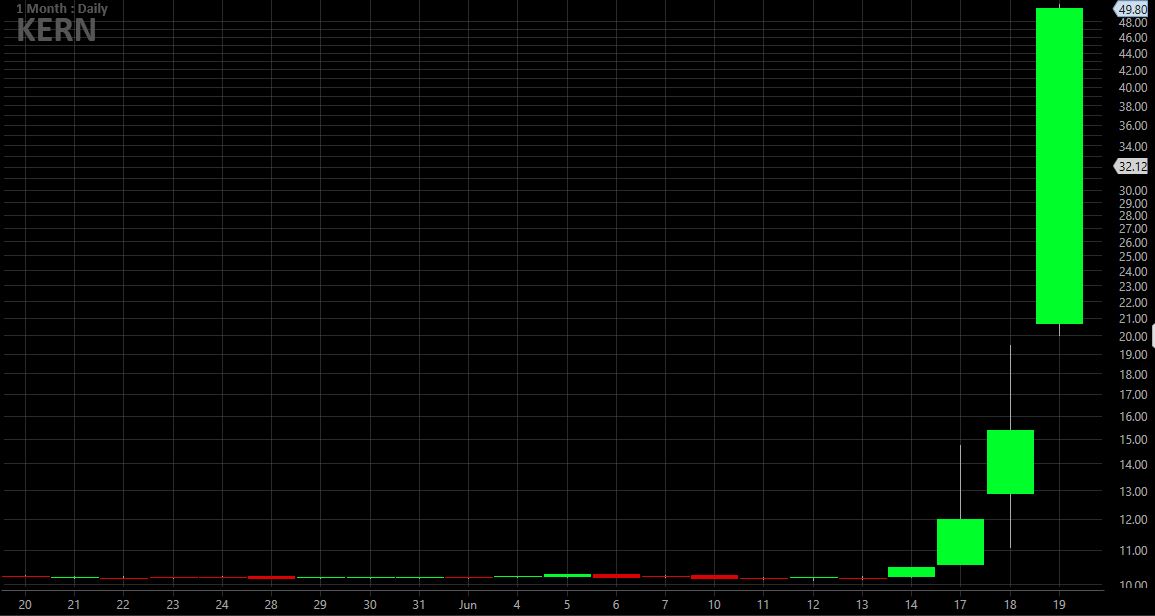 According to the filing, Akerna has 10.4 million shares and 6 million warrants, giving it a fully-diluted market cap of $817 million, or about 73X FY19 sales  of approximately $11 million that were affirmed in an exclusive New Cannabis Ventures interview with CEO Jessica Billingsley on Tuesday. FY18 revenue was $10.5 million.