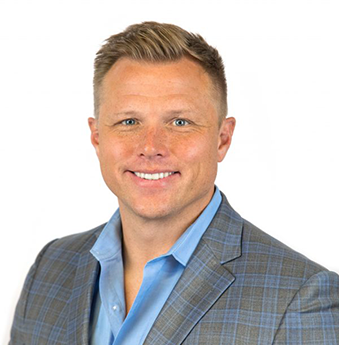 Last year, Golden Leaf Holdings (CSE: GLH) (OTC: GLDFF) acquired Oregon-based Chalice Farms, and its founder, William Simpson, took over as CEO of the publicly-traded company. Since then, the company has been rebuilt from the ground up with a new team and a new strategy. Coming off of a record second quarter, Simpson spoke with New Cannabis Ventures about his leadership and passion for changing how the market sees Golden Leaf.

Simpson’s path to founding Chalice Farms can be traced back to his early childhood. He spent years in mixed martial arts, wrestling, and football. By the time he reached his early 20s, he was on pharmaceutical pain relievers and muscle relaxers. When he accepted a friend’s suggestion of cannabis as an alternative, he became entirely invested. Simpson earned his medical growers license in Oregon in 1999. He studied with a horticultural professor, which led to eight years spent as a consultant building grow facilities. During that time, the issue of perception stayed in his mind. So, he set out to build a consumer-facing brand that could help change the way people see cannabis. When creating Chalice Farms, he wanted a warm environment (the stores actually emulate the feeling of a fire-lit cabin) where people would want to stay and learn about cannabis. It worked. Chalice Farms had built out to four stores with another under construction by the time it agreed to be acquired by Golden Leaf.

When Simpson took over as CEO of Golden Leaf, he was tasked with leading a company that had been struggling with mismanagement and a general trend of over-promising but under-delivering. Immediately, he took the company into survival mode. He went out to raise the necessary funds and made it his mission to bring the right team to the table. For example, Simpson brought Michael Crooke, a former CEO of Patagonia, and Bob McKnight, cofounder and former CEO of Quiksilver, to the board of directors. Additionally, Jeff Yapp joined as Chief Marketing and Sales Officer, a role in which he will lead the company’s franchising initiative. Simpson is still working to change the lingering perceptions around the company, but Golden Leaf is no longer in survival mode. The company has a new strategic vision, and the team is hard at work executing that vision.

Where Golden Leaf is Today

Golden Leaf is aiming to be vertically integrated, from cultivation all the way to distribution and retail, in every one of its markets. In Oregon, the company’s legacy market, the company has seven open retail stores and an eighth under construction. The company also has a 10,000-square-foot greenhouse set to open within the next few months and a manufacturing and extraction facility that has now been open for a little over a month.

In Nevada, the company has a cultivation facility and an extraction facility. The recent acquisition of Tahoe Hydro, a company with a revenue run rate of $10.8 million, will add an additional 30,000-square-foot of cultivation capacity in that state. Golden Leaf plans to take the quality and consistency of the company’s grow process and apply it in Oregon, California, and Canada. The company plans to launch its brand portfolio’s products within Nevada within the next quarter.

In San Jose, California, the company has signed a definitive agreement to acquire a cultivation, manufacturing, and distribution license. The deal also came with an existing store, which the company will bring under the Chalice Farms brand umbrella. The company is also close to securing final permitting for a 30,000-square-foot cultivation facility in the state.

Its Canadian licensed producer, Medical Marijuana Group, has completed its first two harvests (approximately 90 kilos) at its 5,500-square-foot Canadian cultivation facility in order to earn its Health Canada sales license, which Simpson expects imminently. Those harvests have been pre-sold, and Golden Leaf is well into its next harvest phase there.

In addition to these markets, Golden Leaf is eyeing prospects on the east coast of the U.S.

With the company’s vertical integration strategy in mind, the ultimate goal will be to bring its products to each of its markets through its retail stores and wholesale distribution channels. The company has a variety of brands, some of which include Golden (high-end extracts and fruit chews), Proper (concentrates), and Jackpot (a less expensive, lower concentration product set). Chalice Farms operates as the retail arm of the company selling Golden Leaf’s products, as well as other company’s products – all vetted to meet Golden Leaf’s standards of quality.

Simpson is adamant about creating wholesome products, which means no artificial flavors, dyes, or high fructose corn syrup. He believes it is this commitment driving the high demand for the Golden Fruit Chews. Golden Leaf is working on automating more manufacturing processes to meet that high demand.

The Future of a New Company

In the second quarter of this year, Golden Leaf reported $3.7 million in revenue, up 76 percent. Simpson sees this as a result of the company’s team, a culture of accountability, and strategic planning efforts. Going forward, the company is going to continue focusing on building market share. Simpson sees more acquisitions and mergers in the future, as well as the possibility of becoming an acquisition target for a big brand company, similar to the Constellation investment in Canopy Growth. He also foresees listing on the NASDAQ.

Even as the company pushes its new strategy, Simpson wants to reiterate just how much the company has turned around. “The only thing left of Golden Leaf is the ticker symbol and the outstanding share count. It is not the Golden Leaf of old.”

To learn more, visit the Golden Leaf website. Listen to the entire interview.