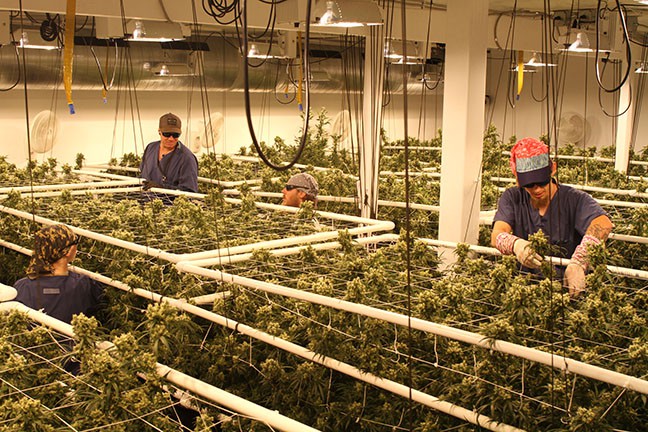 For years in the music industry, record sales were charted through phone calls and conversations with music stores. The widely-believed assumption was that rock and roll topped the charts. It wasn’t until the industry started tracking records directly based on sales that the true pecking order — with country western at the top — came to light.

The same analogy can be made of the cannabis industry, where so many numbers and reports tend to be anecdotal in nature, rather than based on facts. That is, until recently, as Washington’s seed-to-sale tracking and programs such as Tetratrak reveal the true sales and production numbers of every licensed marijuana business in the state.
And what that data shows is that Grow Op Farms is absolutely dominating the Washington market.

The Spokane Valley-based producers of the wildly popular Phat Panda brand have sold nearly $3 million dollars of cannabis in the past six months. Grow Op Farms was the top-selling producer/processor in the state for a four-month stretch between February and May (June results had not been released as of press time).

Read the rest of the article by Garrett Rudolph

Uncle Ike's Sells over $1mm of Cannabis a Month in Seattle