February began with a massive extension of the January stock gains. A leading catalyst was the long-awaited entry of Big Pharma into the cannabis industry, with Jazz Pharmaceuticals announcing its pending acquisition of GW Pharma. Illinois January cannabis sales were flat from December, with adult-use up 2% but medical down 5%. Compared to a year ago, combined sales grew 94%. BDSA data indicated that year-over-year growth accelerated in 8 markets during December after a sharp slowdown in November. Virginia took a step closer to adult-use legalization as the House approved a bill.

The Global Cannabis Stock Index soared after having consolidated early-in-the-year gains over the past two weeks, increasing 23.9% to 70.24: 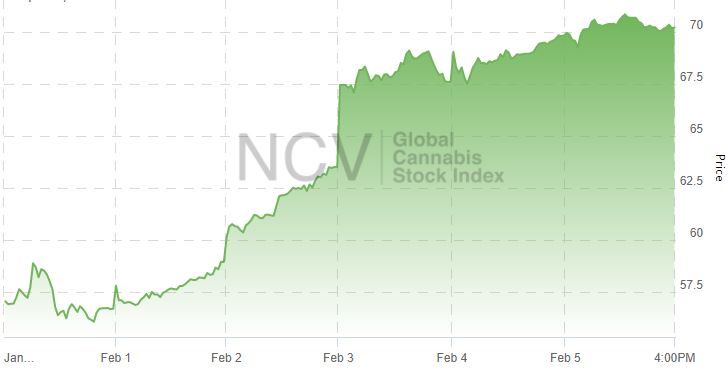 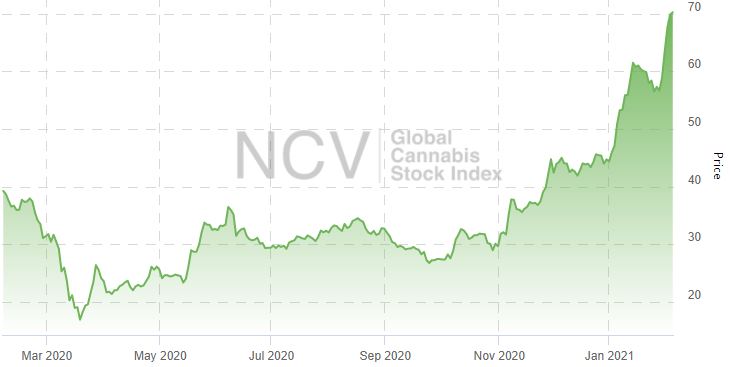