The Global Cannabis Stock Index contracted after an explosive two-week rally, decreasing 4.5% to 28.48: 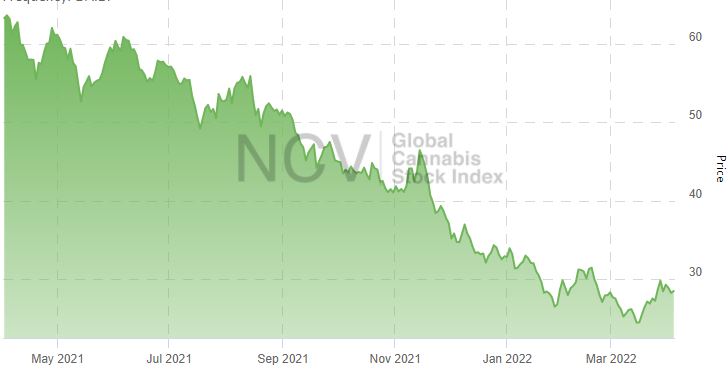