The House approved SAFE Banking as a rider to a defense spending bill.

Canadian retail cannabis sales grew 46% from a year ago and 6% sequentially in July, reaching a record $339 million. Health Canada added 7 licenses, leaving the total at 771, including 9 that are expired, revoked or suspended.

The Global Cannabis Stock Index recovered most of the massive losses from Monday that left the index down year-to-date but fell short of a weekly gain despite four straight subsequent increases, decreasing 0.6% to 46.91: 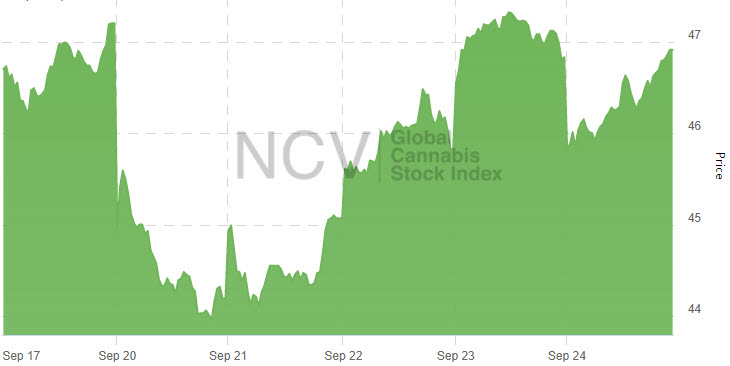