With just a few more companies releasing numbers before the end of the Q2 financial reporting period, it’s very clear that the American cannabis industry is making tremendous progress with a bright outlook. While the prices of most cannabis stocks have declined in the past two weeks, we think that the reasons have little to do with what was reported so far. Here are our takeaways from what we have seen and heard.

One of our fears heading into earnings season was that the recently reported data showing a slowing of cannabis sales across many state markets would weigh on results for MSOs, but this was far from the case. We remind readers that revenue growth depends only partially on growth in the overall market. MSOs are growing through expansion within existing markets of operation by adding capacity and new stores and into new markets as well as through consolidation. While any sort of slowing in the market is likely to be short-lived as we cycle through the comparisons to extremely robust sales in the summer a year ago, we were concerned that investors would react negatively had there been sales short-falls due to slowing demand.

Cannabis Companies Learn the Value of Being Conservative With Guidance

Most MSOs and ancillary companies exceeded expectations, reflecting a better-than-expected near-term environment, but very few were willing to raise their outlook for the balance of the year. We think this failure to raise guidance is likely one of the biggest perceived negatives from earnings season. Often when a company beats expectations but holds its outlook, it has seen a shift of revenue forward from later periods. This isn’t the case here, though. Several companies, when pushed by analysts, sounded like they were just being conservative, which makes sense to us for several reasons. First, with prices already generally lower than a quarter ago, there is no need to be aggressive. Second, and more importantly, there are some factors that suggest caution, including the slower than expected rollout of flower in New York and getting final rules for New Jersey and also construction delays. Another factor is the uncertainty of how the delta variant could impact operations.

State Program Expansions Are Moving Ahead Surely but Slowly

Those who have followed the development of the cannabis industry understand how slow rollouts are the norm, and there was a lot of discussion on the conference calls regarding the timing of first adult-use sales in New Jersey and New York. On the latter, most companies now think those first legal sales won’t take place until 2023. Another important issue in New York is the timing of flower sales being permitted under the existing medical program. Finally, with Illinois just recently awarding additional dispensary licenses, analysts inquired about how the operators in that market were thinking about the timing of those stores opening. These programs will fuel tremendous growth in the future, but the slight pushout of the timing of first sales is perhaps a near-term negative.

Several companies pointed to falling debt costs on their conference calls, and Cresco Labs unveiled a new facility that boosted the size of the debt, lowered the interest rate (9.5% without warrants) and extended the term to 5 years. Given the buildouts ahead for new markets, access to capital will be very important. The availability of debt on more attractive terms is a positive dynamic.

At the onset of the year, we shared our view that mergers and acquisitions would be a big story in 2021, and this has certainly been the case. Based on the conference calls we heard, we are still expecting continued consolidation by the leading MSOs. Again, our expectation is that most of these deals will be the acquisition of private single-state operators.

Despite the negative reaction of most stocks to earnings reports, we don’t think the reports, in most cases, were the cause for the selling. The cannabis sector continues to suffer from the technical dynamic of stocks overshooting early in the year. The financial reports were generally good, but there wasn’t anything that would necessarily pull in new buyers, and it seems as if some investors and traders are pulling the plug on positions that have now been in decline for over six months. We remain encouraged by the underlying fundamentals and expect the sector to capitalize for years to come on the proliferation of new markets opening for adult-use.

Ayr Wellness is an expanding vertically integrated, American MSO, operating under the belief that everything starts with the quality of the plant. The company reported a strong Q2 of $90 million in revenue and boosted its full year 2022 guidance to $800 million. Ayr has recently announced entrance into Illinois as its 8th state of operations and its proposed acquisition of cannabis-infused beverage brand, Levia. 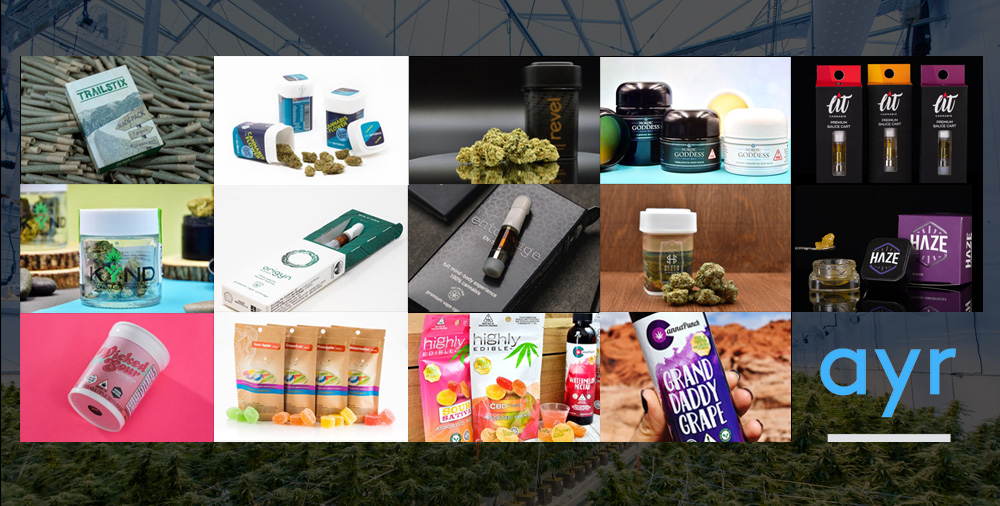 Get up to speed by visiting the Ayr Wellness Investor Dashboard that we maintain on their behalf as a client of New Cannabis Ventures. Click the blue Follow Company button in order to stay up to date with their progress.