The American Cannabis Operator Index fell for the sixth straight month after having scored five straight monthly gains, declining 10.7% to 56.00:

During August, the index included 30 companies, including 27 multi-state operators (MSOs) and 3 focused solely on CBD extracted from industrial hemp. 3 companies posted gains, while 4 declined by more than 20% during the month, with a median return of -12.3%: 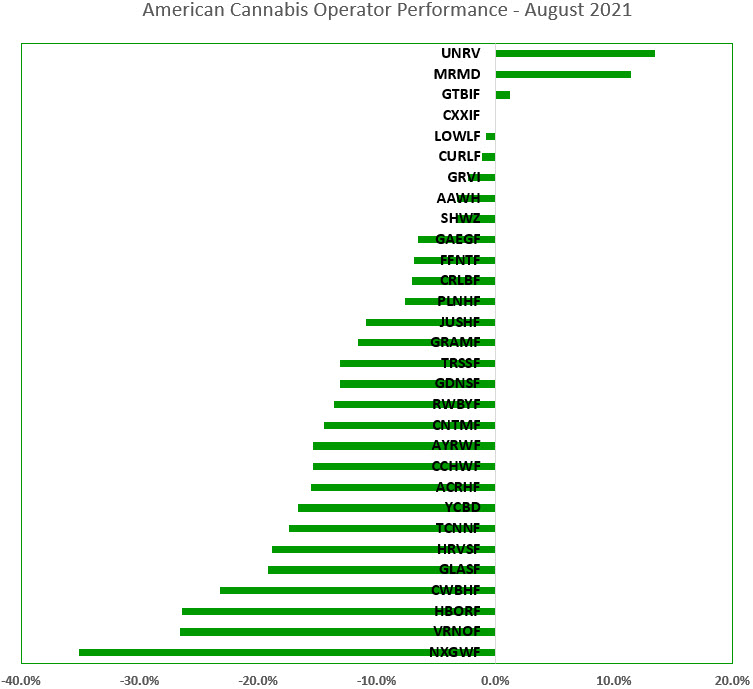 For September, the index will include 30 stocks, with two additions, including former members iAnthus (CSE: IAN) (OTC: ITHUF) and MedMen (CSE: MMEN) (OTC: MMNFF), and two removals, including C21 Investments and Harborside, both of which failed to meet the minimum daily trading value.