The American Cannabis Operator Index fell for the fifth straight month after having scored five straight monthly gains, declining 10.7% to 62.67:

During July, the index included 30 companies, including 26 multi-state operators (MSOs) and 4 focused solely on CBD extracted from industrial hemp. 4 companies posted modest gains, while 16 declined by more than 10% during the month: 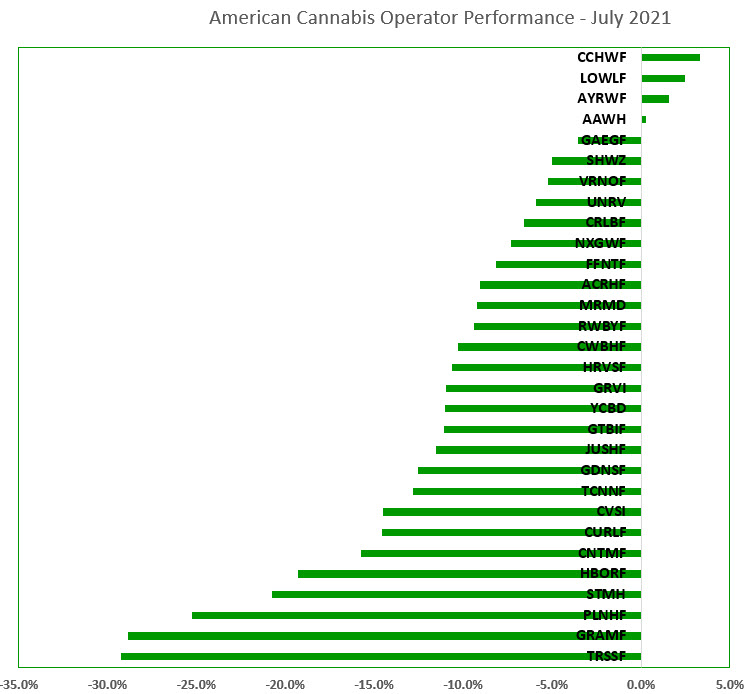