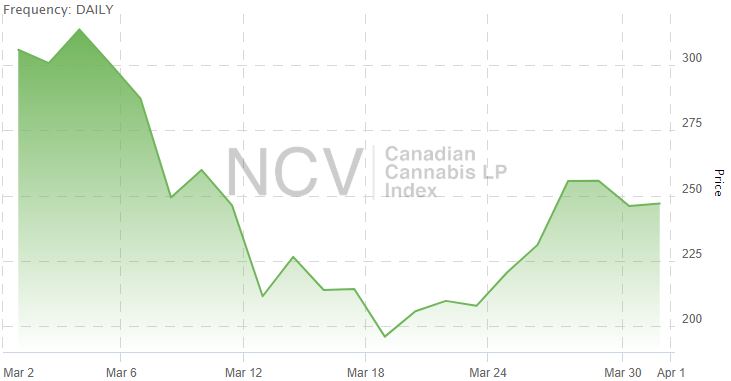 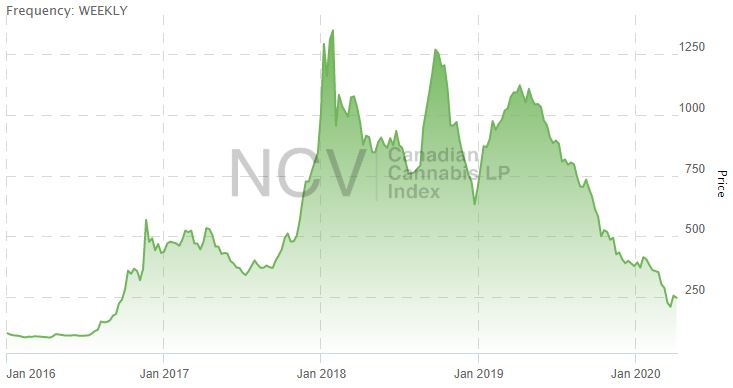 The returns for the overall sector varied greatly, with 4 names posting positive returns, while 8 declined by more than 30%, with the entire group posting a median return of -19.0%: 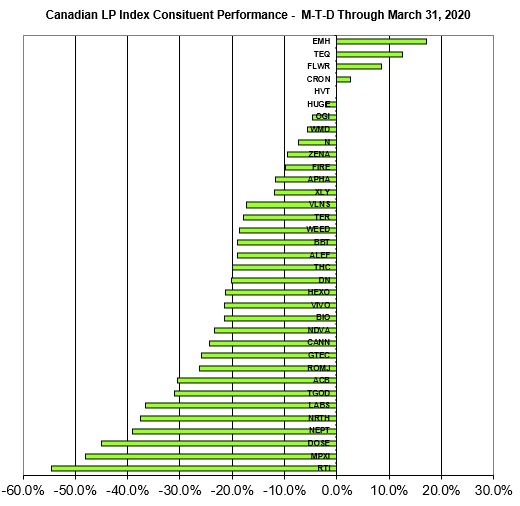 For April, the overall index will have 32 constituents, as we have removed Harvest One (TSXV: HVT) (OTC: HRVOF), MPX International (CSE: MPXI) (OTC: MPXOF) and Rapid Dose Therapeutics (CSE: DOSE) (OTC) (RDTCF because they no longer qualify for inclusion due to their price being below C$0.20 and the quarterly industry revenue not meeting the minimum requirement of C$1 million for stocks that don’t meet the price minimum. Additionally, Radient Technologies has moved from Tier 3 to Tier 1 following its recent report of quarterly revenue in excess of C$10 million. Aleafia Health (TSX: ALEF) (OTC: ALEAF) and Heritage Cannabis (CSE: CANN) (OTC: HERTF) have moved from Tier 3 to Tier 2.Note that the date for making changes to the index was 03/27. Next month, Cronos Group will move from Tier 1 to Tier 2 based on its December financials that were released subsequent to the cutoff date for March, while Zenabis will move to Tier 1 from Tier 2.