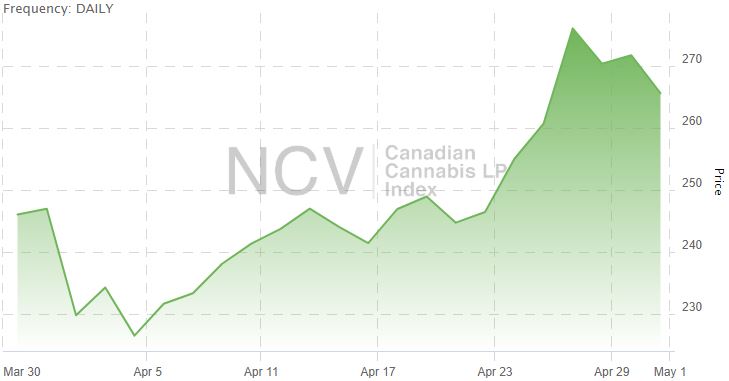 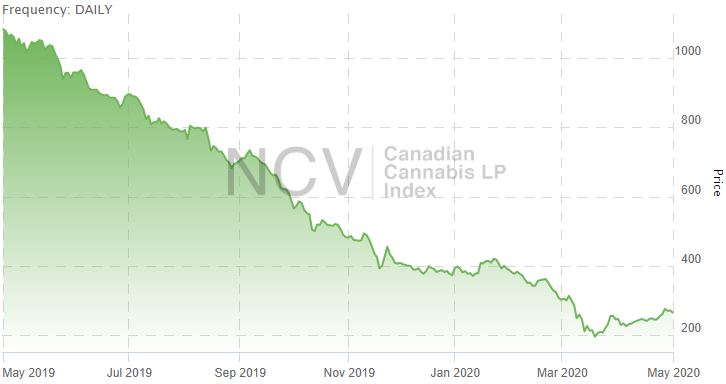 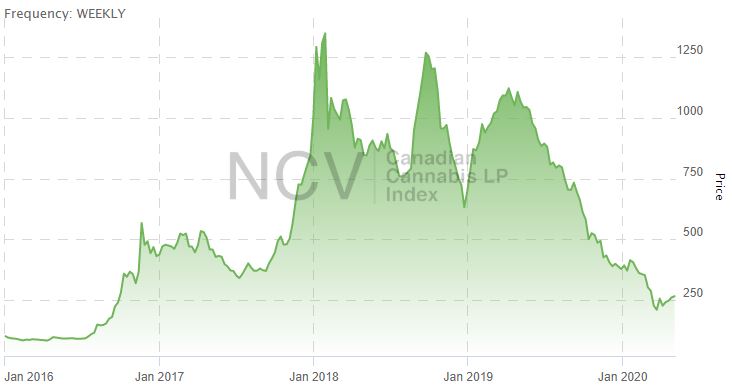 The returns for the overall sector varied greatly, with 12 names posting double-digit gains, while 11 declined by more than 10%, with the entire group posting a median return of 2.5%, well below the 7.6% average return: 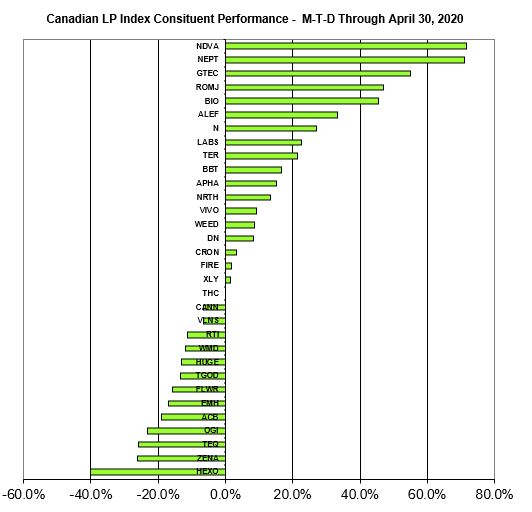 For May, the overall index will have 35 constituents, as we have added CannTab (CSE: PILL) (OTC:CTABF),  Rapid Dose Therapeutics (CSE: DOSE) (OTC) (RDTCF ) and RMMI (CSE: RMMI), all of which join Tier 3.  Additionally, Cronos Group has moved from Tier 1 to Tier 2 and TerrAscend from Tier 2 to Tier 3, while Zenabis has moved to Tier 2 from Tier 1.

In the next monthly review, we will summarize the performance for May and discuss any additions or deletions. Be sure to bookmark the pages to stay current on LP stock price movements within the day or from day-to-day.