While the Canadian Cannabis LP Index lagged the broader sector, it was able to snap a two-month losing streak in October as it gained 3.7% to 233.78: 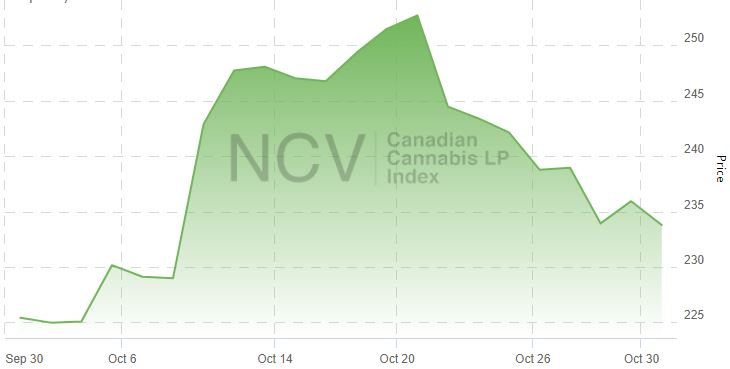 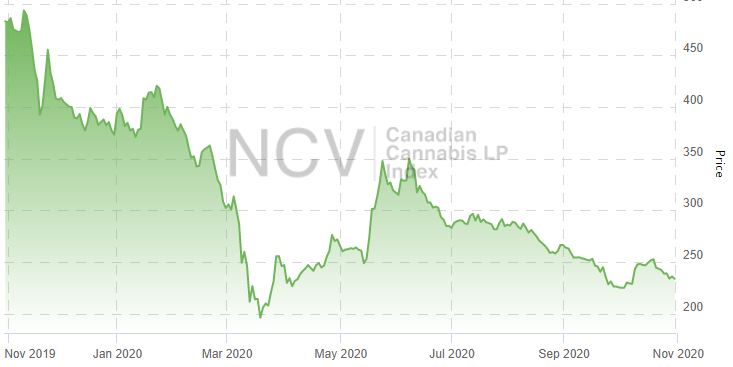 Among these largest LPs by revenue, Canopy Growth led the group and was one of the strongest performing LPs overall during the month, rising 31.1%. Cronos Group and Aphria both increased modestly, while Aurora Cannabis fell over 13%.

The worst performers in this tier included VIVO Cannabis, down 29%, and WeedMD, down 19%. Auxly rose 77% during the month, while TerrAscend gained 34%.

The returns for the overall sector varied greatly, with 4 names gaining more than 20% and 2 declining by more than 20%. The entire group posted a median return of 1.4%: 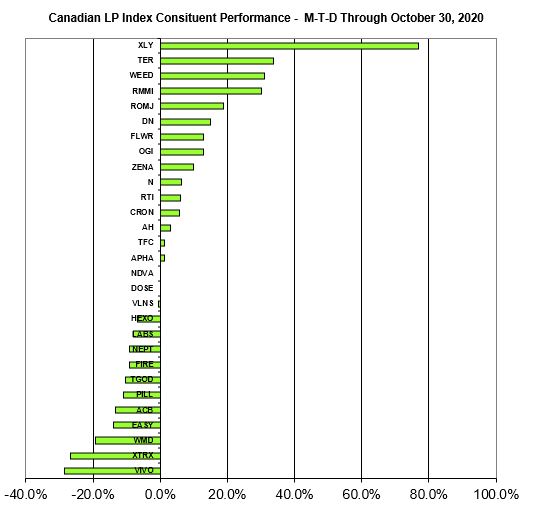 For November, the overall index will have 28 constituents, with the removal of Radient Technologies (TSXV: RTI) (OTC: RDDTF), which fell below the minimum price and had cannabis revenue of less than C$2.5 million in the most recent quarter, and Rapid Dose Therapeutics (CSE: DOSE) (OTC: RDTCF), which failed to provide timely financials. Additionally, Christina Lake Cannabis (CSE: CLC) joins Tier 3.