After dropping 11.4% in June, the Canadian Cannabis LP Index managed only a slight recovery in July due to weak performance from the largest LPs, gaining 0.8% to 285.33: 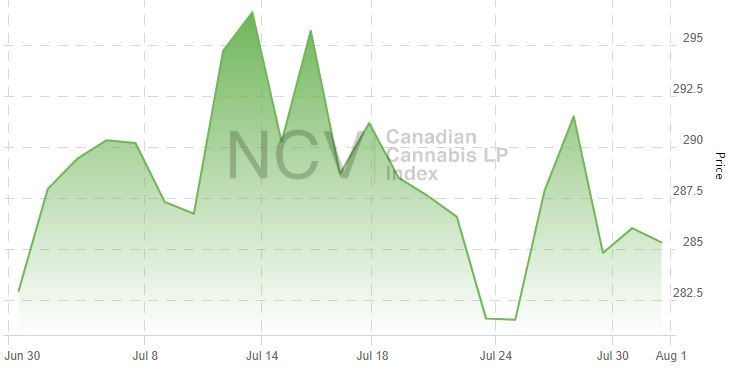 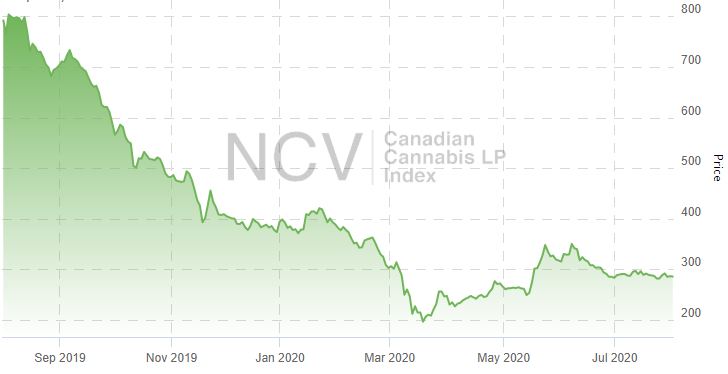 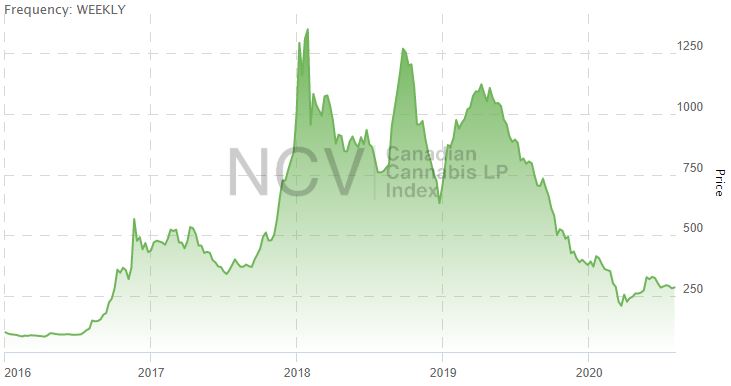 The returns for the overall sector varied greatly, with 6 names gaining more than 20%, while 4 declined by more than 20%, with the entire group posting a median return of -3.6%: 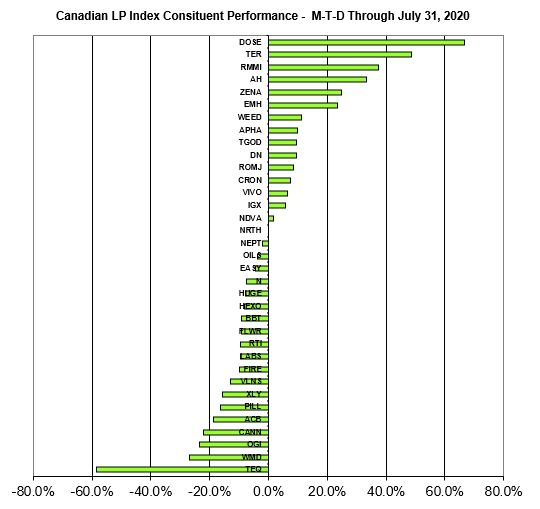 For August, the overall index will have 34 constituents, with the removal of Heritage Cannabis and Terranueva, which no longer meet the rules, and the inclusion of Canadabis Capital. Organigram and Valens will move from Tier 1 to Tier 2 due to their revenue dropping below $20 million.