Elixinol Global (ASX: EXL) (OTC: ELLXF), which conducted a highly successful Australian IPO in 2018, has seen an incredible reversal of fortune that has culminated in the company abandoning two of its three business lines to focus exclusively on its CBD business. The company will be selling Hemp Foods Australia to Shanghai Shunho New Materials Technology, a publicly traded Chinese company that has been focused historically on environmental packaging materials, for just A$500K. Consequently, Elixinol will take an asset impairment charge of A$12.5 million in its 2019 financials. Additionally, it has abandoned its effort to gain a medical cannabis cultivation license in Australia and will sell the assets of Nunyara, including land, for which it paid A$2.6 million less than a year ago. The company expects an additional impairment charge A$4.8 million. 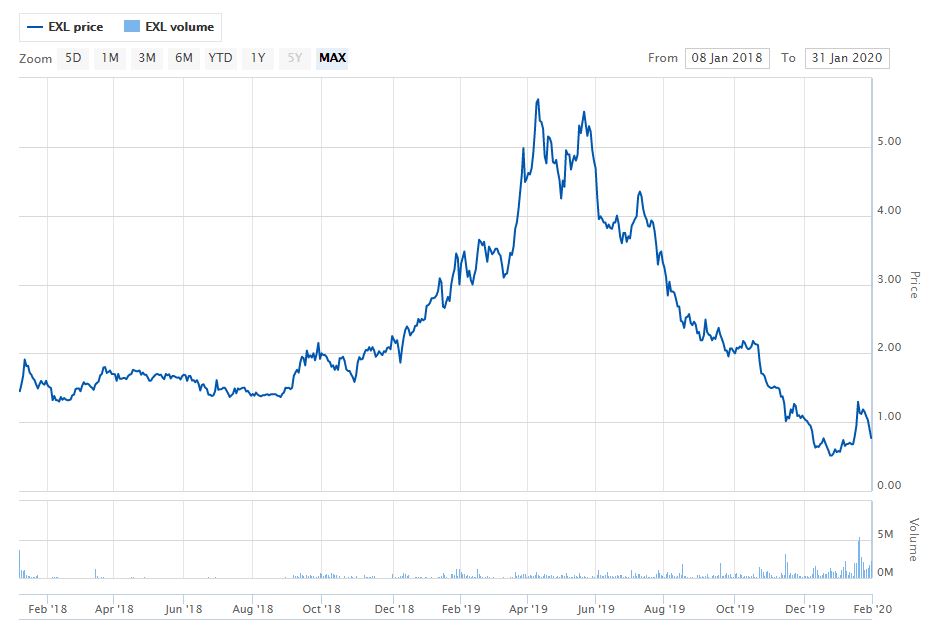 Elixinol experienced very strong growth in 2018, but it has seen even its core CBD business implode subsequently as the space has become more competitive. In the 4th quarter of 2018, it generated total revenue of A$11.9 million, up 116% from a year ago, which helped it deliver full-year sales of A$37.1 million, 121% above 2017 sales. 88% of revenue was derived from its CBD operations.

The growth began to slow dramatically in the first quarter of 2019, with the A$8.2 million it generated falling 31% from Q4 but still increasing 21% from the prior year as the company made a “strategic decision to reduce focus on low margin private label business” in its American CBD operations. Before announcing Q2 results, founder and CEO Paul Benhaim abruptly moved to the role of Chief Innovation Officer, with a recent new member of the Board of Directors, Stratos Karousos, assuming the role of CEO in July 2019. The company reported Q2 revenue of A$9.9 million, which represented growth of 19% from the prior year, but the operating cash outflow surged to A$19.3 million. For the first half of 2019, sales rose 19%, but EBITDA moved from A$0.8 million to -A$11.0 million.

Ahead of the Q3 financials, the company discovered a breach in its compliance in Japan, an issue which ultimately forced them to write-down their investment and exit the market. Q3 financials weakened dramatically as well, with sales of A$9.6 million declining 3% from Q2 and 9% from a year ago. Founder Paul Benhaim resigned from the company in December, remaining as a director.  Last week, it reported that Q4 sales plunged to just A$4.4 million, a 44% decline from Q3 and 59% from a year ago.

The company also announced a 24% reduction in workforce. Additionally, while it remains committed to its core CBD business, it has decided to discontinue investing into its hemp farming joint venture in Colorado, citing a large decline in the price of hemp biomass.

In early Australian trading, Elixinol Global’s stock has declined 17% to A$0.64. The stock hit an all-time low on Christmas Eve at A$0.51.