This week’s news in Canada highlights the near-term operating challenges licensed producers face, with both Aurora Cannabis and Tilray revealing reductions in their workforce, continuing a trend across the country. While the operating environment is likely to improve as more stores open and the new products roll out, capital to fund operating losses has dried up. Consequently, companies like Aurora and Tilray, as well as many others, are moving to cut costs in order to achieve profitability.

The Aurora news, of course, was much more extensive, and it revealed a massive write-down ahead totaling as much as C$1 billion, including up to C$775 million in goodwill and up to C$225 million in intangibles and property, plant and equipment. This latter part is related to the ICC Labs acquisition in South America and the Denmark development project.

Goodwill, for those readers not familiar with the term, is the difference between the purchase price and the value of the assets purchased during an acquisition. While many tend to disregard goodwill when evaluating the asset value of a company, a write-down of this type of asset can impact a company with debt. In the case of Aurora, it renegotiated its covenants, so it’s not an issue at this time. Heavy M&A activity followed by a stock decline is a precursor to the write-down of goodwill as assumptions are revisited. In our view, it’s a sign of a failed acquisition strategy. In the case of Aurora, to its credit, the acquisitions were paid with stock rather than cash.

Investors should expect more asset impairments in Canada, in our view, perhaps as early as this week when Canopy Growth reports. The company had goodwill and intangibles on the balance sheet in excess of C$2.4 billion at 9/30. The company also has over C$1.6 billion in property, plant and equipment, some of which could be written down as well. We note that Aurora Cannabis had over C$3.8 billion in intangibles and goodwill, and it’s likely that any potential write-downs at Canopy would be less than the write-downs at Aurora Cannabis.

While some of the other global LPs could also face write-downs of assets, we think the large American operators have much less risk, though many have substantial goodwill. The reason for a more optimistic view is that the large MSOs are at or close to profitability, which suggests less likelihood of goodwill impairment or the impairment of any property, plant and equipment.

The asset impairments by Aurora Cannabis and potentially other LPs may weigh on sentiment in the near-term, but they are a lagging indicator of the financial condition rather than being predictive.

Join NRGene for a Free Webinar on Feb 12th 1pm ET
Beyond THC and CBD: next cannabinoids in demand 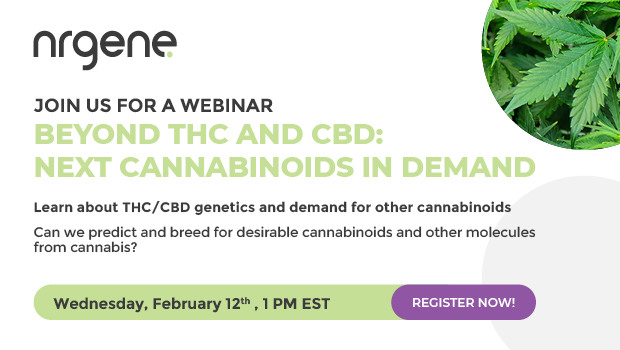 The hemp industry is racing towards commoditization, which is leading producers and breeders to search for new compounds with market demand. This webinar focuses on the near future, when demand for a combination of multiple metabolites will require better genetic tools to identify and control biosynthesis of entire pathways in plants. Register today to reserve your spot and to gain access to the replay.