The Global Cannabis Stock Index fell for the 11th consecutive month, declining 12.9% to 28.62: 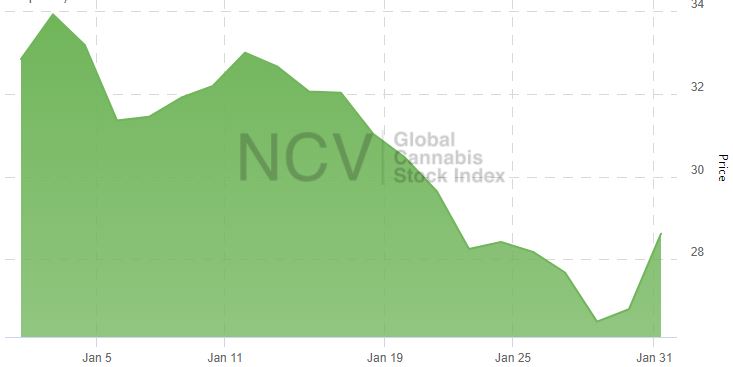 The strongest 4 names in January all gained at least 1%:

Jushi and Planet 13 were the strongest MSOs in the index during the month. REIT Chicago Atlantic conducted its IPO in early December at $16. Jazz Pharma, which bought GW Pharma last year, was one of the strongest performers for the second month in a row.

The 4 weakest names in January all declined by more than 30%:

IM Cannabis, a global cannabis operator that counts Wasatch as a large shareholder, pulled back to levels not seen since early 2020. The other three weakest stocks were from the ancillary sub-sector. Agrify was one of the weakest stocks for the second consecutive month. GrowGeneration pre-announced revenue substantially below what had been expected by analysts.