After retreating 26% in Q4, the Canadian Cannabis LP Index extended its losing streak to seven months as it fell again in January, declining 9.5% to 176.42: 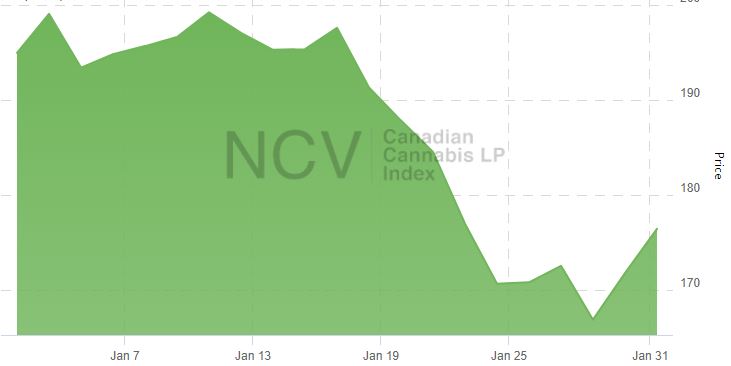 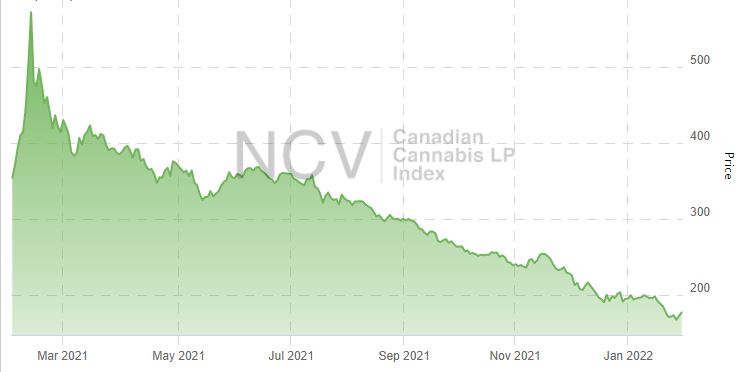 It remains substantially below the all-time closing high of 1314.33 in September 2018, just ahead of Canadian adult-use legalization. In March 2020, it posted a new multi-year closing low of 196.10, a level that had not been seen since late 2016, and it closed 10.0% below that level this month: 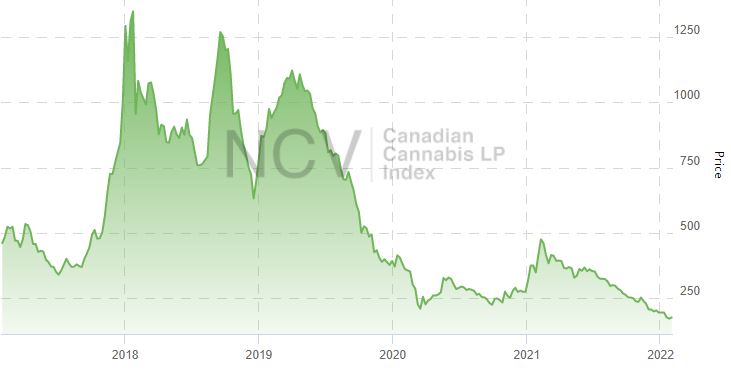 Among these largest LPs by revenue, Aurora Cannabis was the worst performer, falling 23%. The best performing company was Canopy Growth, which fell 7.4%.

Among these companies, Aleafia saw the largest decline, 22%, while Entourage had the largest gain, 6%.

The returns for the overall sector varied greatly, with 3 names posting double-digit gains and 6 declining by more than 20%. The entire group posted a median return of -9.2%: 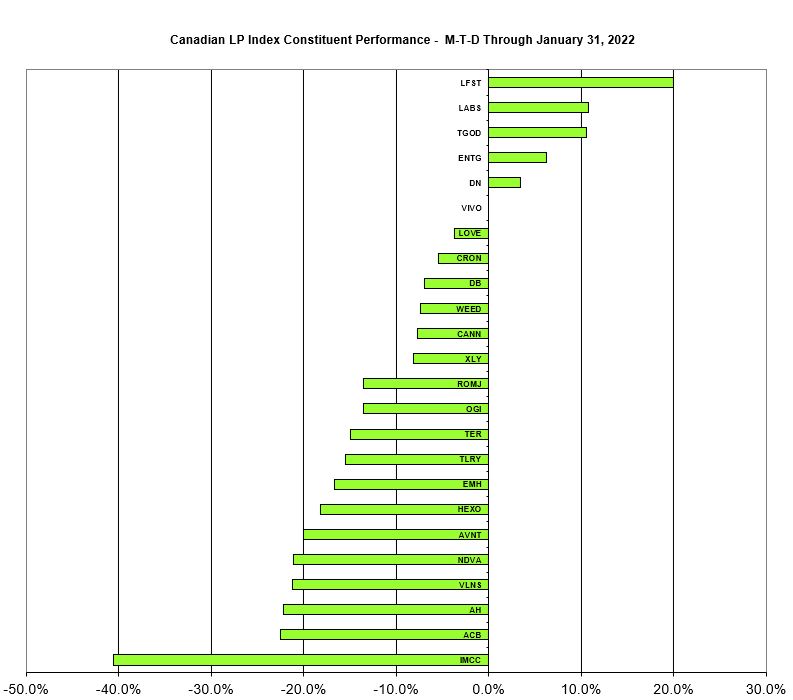 For February, the overall index will continue to have 24 constituents. Organigram will now be included in Tier 1 rather than Tier 2.