Near the close of trading on July 5th, MassRoots (OTC: MSRT) issued an 8-K filing that revealed its pending merger with Odava, a regulatory compliance company in Oregon which will receive 3.25mm shares and $35,000 from MSRT, as well as an inquiry from OTC Markets, which operates three marketplaces for trading over-the-counter securities.  The press release, dated 6/30, was included in the SEC filing and disseminated publicly previously only on OTCMarkets.com after the market closed on Friday, June 30th. MSRT has issued 29 press releases so far in 2017 (more than one per week on average), and this is the only one that was disseminated only on OTCMarkets.com. Typically, it will not only release a press release through a major press release service but will also send it out via email to its list, which it failed to do in this instance.

The company claims to have been unaware of any such activity:

The company held a conference call on June 29th. The same day, SmallCap IR ran a blast email, which may have triggered the inquiry. The disclosure from the email stated that the parent of SmallCap IR, Small Cap Specialists LLC, was paid $35,000 by a “Sunrise Media” to promote the stock. StockPromoters.com listed several other stock promotions related to MassRoots on June 28-29.

MSRT, which has declined 51% in 2017, ran up into the call, in which CEO Dietrich promised an exciting new announcement in the near future without shedding much light on it, and then fell back sharply on very heavy volume: 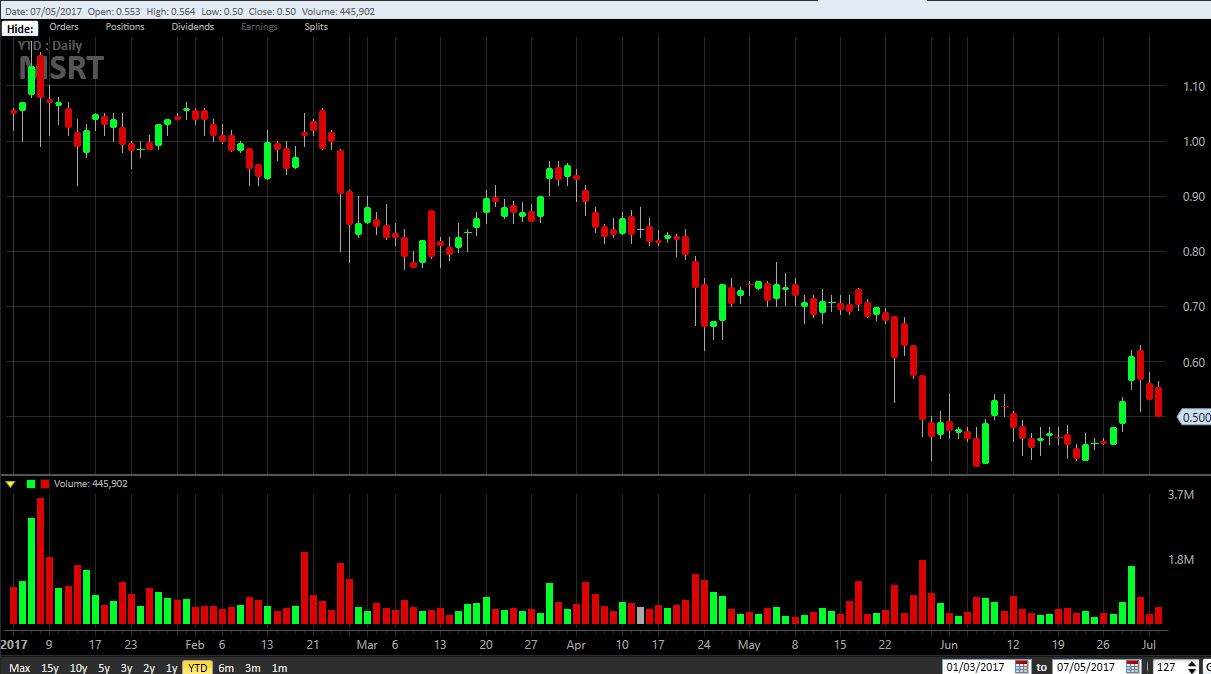 Editor’s note: In our initial publication, we stated in the opening paragraph that “The press release, dated 6/30, has never been released to the best of our knowledge except in this 8-K.” The company informed us that they released it on OTCMarkets.com, which is true and we amended the article to reflect it.