“Based on our performance in March 2021, it is clear that Las Vegas is back.” Said Larry Scheffler, Co-CEO of Planet 13.

We dwarfed our single month record with $9.7 million in revenue in March, and we believe that as more people get vaccinated and Las Vegas continues to open, revenue will continue to increase. 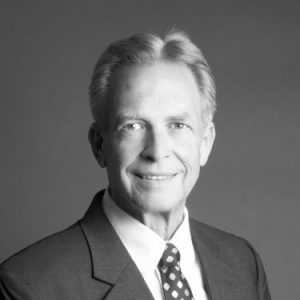 Looking back on 2020, we weathered the perfect storm of COVID-19 and the resulting 55% decrease in tourism and still increased revenue year over year, generating over $70 million while maintaining our share of the Nevada market.

“With the rapid turn-around we’ve seen in Q1 and especially in March, it is clear that the improvements we made over the last year will pay dividends as normalcy returns to Las Vegas,” commented Bob Groesbeck, Co-CEO of Planet 13.

With tourism back on track, the SuperStore is performing well. Furthermore, our local-focused offerings including Medizin, curbside and delivery, and wholesale are helping us take a greater share of that market. Outside of Las Vegas, the Orange County SuperStore in California is on track and on budget for our projected opening in July. 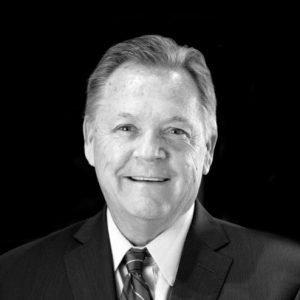 We poured everything we learned from two years running the greatest cannabis store in the world, into our Orange County location and are confident that this store will redefine the cannabis retail experience in California.

All comparisons below are to the quarter ended December 31, 2019, unless otherwise noted

All comparisons below are to December 31, 2019, unless otherwise noted

All comparisons below are to the year ended December 31, 2019, unless otherwise noted

For a more comprehensive overview of these highlights and recent developments, please refer to Planet 13’s Management’s Discussion and Analysis of the Financial Condition and Results of Operations for the Three Months and Twelve Months Ended December 31, 2020 (the “MD&A”). 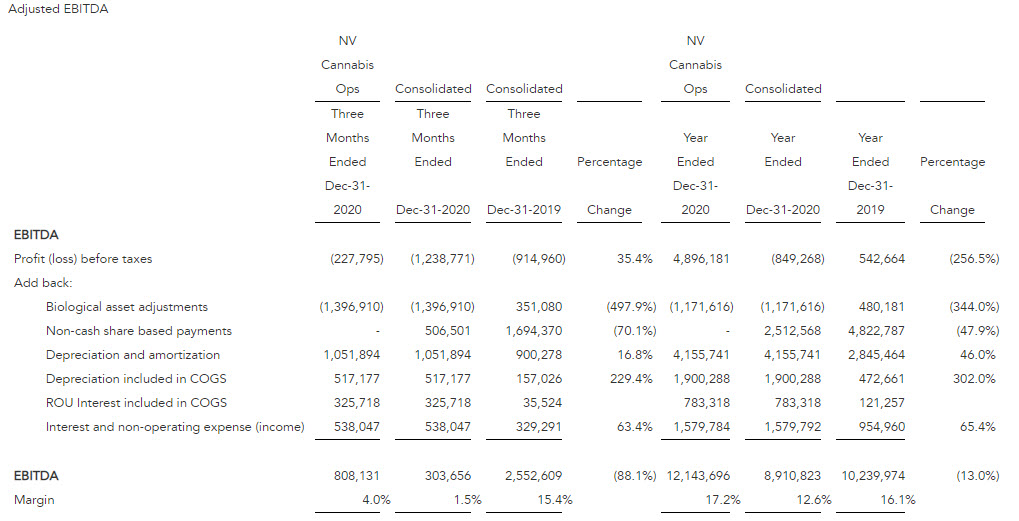 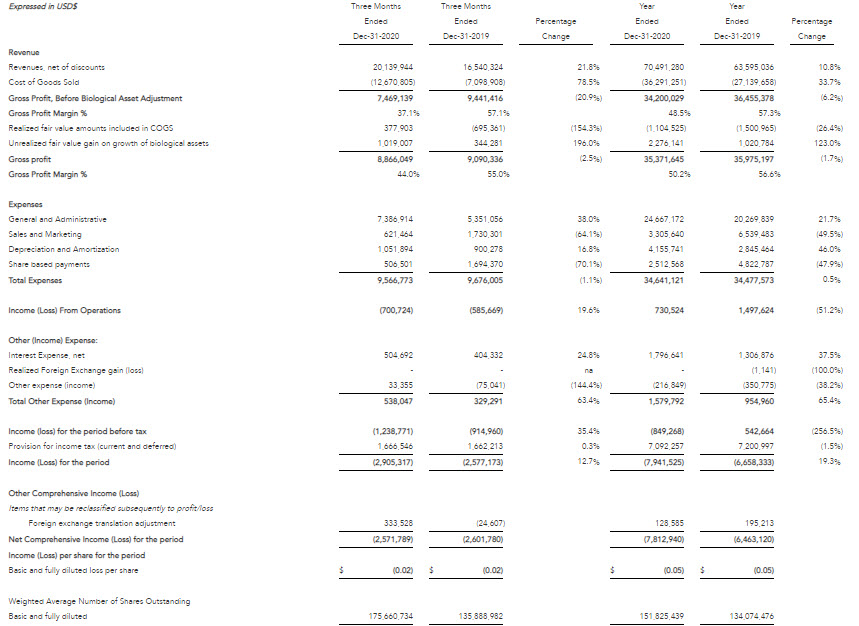 Planet 13 will host a conference call on Monday, April 5, 2021 at 5:00 p.m. EST to discuss its fourth quarter financial results and provide investors with key business highlights. The call will be chaired by Bob Groesbeck, Co-CEO, Larry Scheffler, Co-CEO, and Dennis Logan, CFO.

There are measures included in this news release that do not have a standardized meaning under generally accepted accounting principles (GAAP) and therefore may not be comparable to similarly titled measures and metrics presented by other publicly traded companies. The Company includes these measures because it believes certain investors use these measures and metrics as a means of assessing financial performance. EBITDA (earnings before interest, taxes, depreciation and amortization) is calculated as net earnings before finance costs (net of finance income), income tax expense, and depreciation and amortization of intangibles and is a non-GAAP financial measure that does not have any standardized meaning prescribed by IFRS and may not be comparable to similar measures presented by other companies. 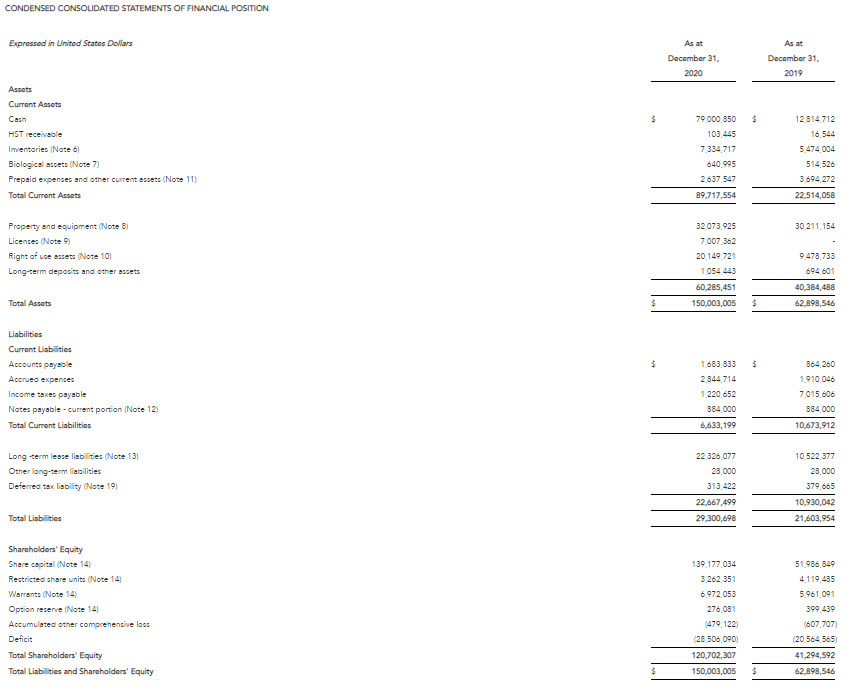 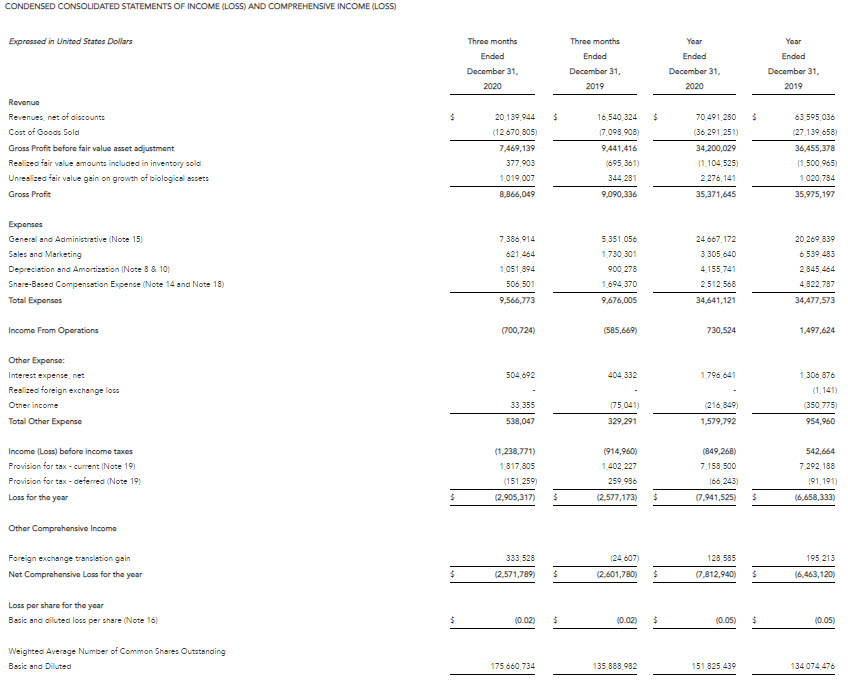 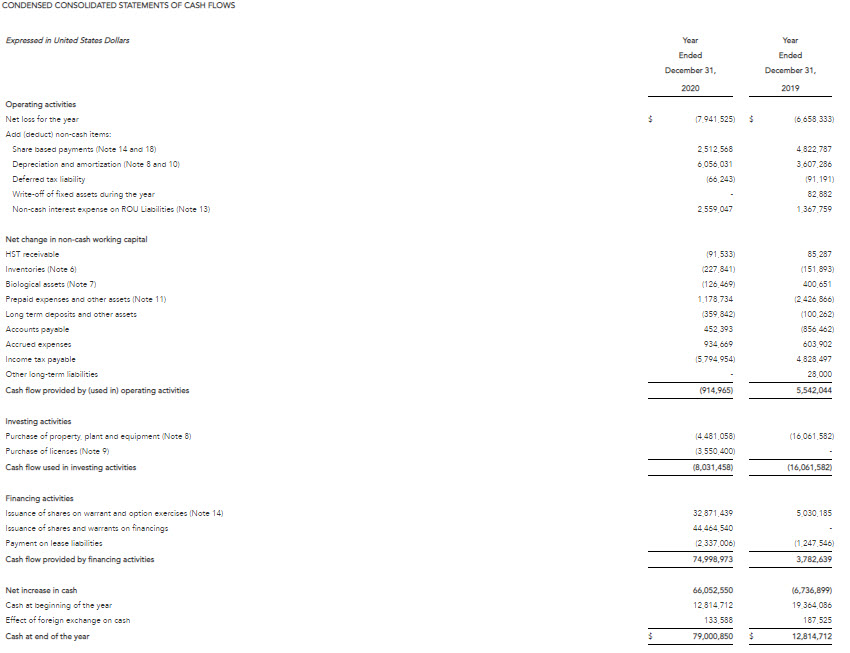