This is a copy of the April 22nd, Sunday edition of our weekly Newsletter which we have been publishing since October, 2015.

We think that we are on the cusp of a major shift in sentiment in the United States with respect to investing into the cannabis industry, driven by likely federal policy changes. As we discussed in last week’s newsletter, the deal between Senator Cory Gardner and Donald Trump paves the way for a permanent solution to what has always been a temporary answer to how the federal government will handle the many complicated issues with respect to state-legal cannabis. While we aren’t expecting that the federal government will fully legalize cannabis as Canada is doing, we believe it will address some key issues that make it hard for cannabis operators to do business and that greatly limit the pool of investors to fund their operations, like taxation, research and banking. We suggested that the Canadian election of Justin Trudeau and the ensuing progress the country has made over the past 30 months with respect to capital raising and wealth creation could serve as a model for how a move to rational federal policy will play out here.

While the process is going to take some time to evolve, we saw many signs this week of an immediate shift in the way companies and investors are approaching the future. We published a story on a Canadian LP, Indiva, which trades on the TSXV and is not burdened by the rules the TSX imposes, taking a stake in Bhang. In an interview yesterday, Dr. Anthony Holler, the Chairman of CSE-listed Sunniva, stated that his company, which is developing a massive production facility in California, will now be more aggressive in the United States following recent events. Kush Bottles announced a more aggressive strategy to build market share. CannaRoyalty decided to buy its strategic partner, FloraCal. These are just some of the immediate changes we observed, and it’s been only a week.

Cannabis-focused funds have been slow to develop, but they are gaining traction and hitting critical mass, something that we feel will expedite investment into the industry, as many investors would like to participate but don’t have the capability or desire to necessarily conduct due diligence at the company-level. Additionally, traditional funds are likely to be more willing to make bets on ancillary companies, as we saw this week with Tiger Global taking a stake in Green Bits.

Where is the immediate opportunity? There are several multi-state operators, some public, some private and some about to transition to the public markets, including several that we feature on New Cannabis Ventures. If we are truly on the cusp of a more rational federal policy with respect to cannabis, this seems like a great time for investors to be learning more about the multi-state operators who have proven themselves thus far. 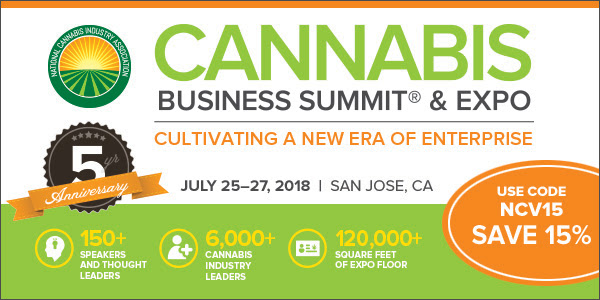 The most influential, award-winning cannabis trade show in the U.S. comes to San Jose to celebrate ﬁve years of bringing together the industry’s best and brightest minds. Network and learn alongside 6,000+ cannabis professionals in five purposefully-created tracks. Use code NCV15 to save 15%. Register today!

Turnkey Cannabis Processing Services
From licensing to manufacturing, XABIS has you covered.

Consider subscribing to 420 Investor, Alan’s comprehensive stock due diligence platform since 2013 for more in-depth information and market intelligence about the publicly traded cannabis sector, including insights into Canadian, American, German and Australian opportunities.