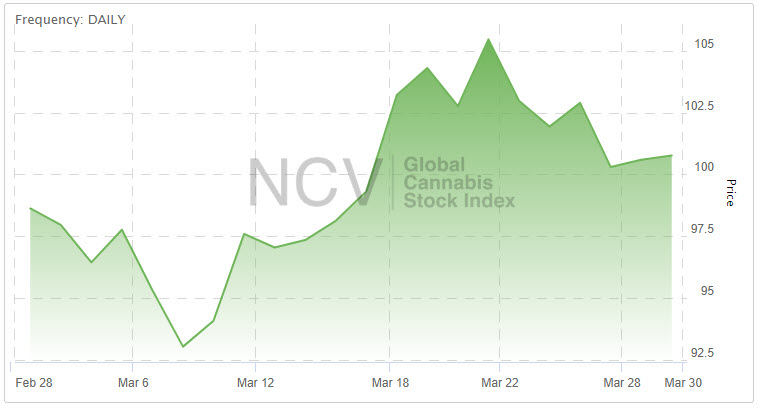 The index, which had 42 qualifying members during the month before the mid-month removal of Emblem due to its acquisition by Aleafia Health, declined 54.9% in 2018 but has rallied 68.6% since the 2018 low set on December 24th : 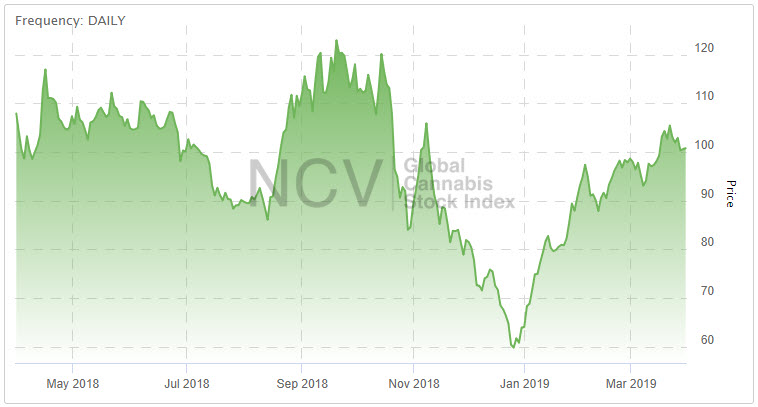 Leading the way, all with returns in excess of 15%, were:

Charlotte’s Web, Village Farms, Elixinol Global, CV Sciences and Curaleaf Holdings were all buoyed by investor excitement about CBD, especially as CVS and Walgreen’s began carrying topicals. Curaleaf was also helped by its Q4 financials. Origin House moved to an all-time high with no material news reported during the month. Aurora Cannabis rallied after naming Norman Peltz as an adviser.  Green Organic Dutchman continued to rally after losing almost 80% of its value from mid-September into year-end. HEXO Corp reported solid Q2 revenue and announced an accretive acquisition of Newstrike Brands.

Seven names fell by more than 15% during March:

Namaste moved to a 52-week low after its auditors resigned and the company announced it will not meet the deadline to file its financials. 22nd Century Group’s weakness is likely due to the pending departure of the FDA Commissioner, Scott Gottlieb, who supported its low-nicotine tobacco effort.  Aleafia Health was weighed down by selling from former Emblem shareholders after the acquisition closed. Canopy Rivers completed a large financing in February that may have pressured its stock. Liberty Health Sciences continued trade lower following management changes announced in late February after Cresco Labs acquired a competitor in Florida. Tilray moved lower following the release of Q4 financials . Wayland Group traded to a new all-time low as it continued to negotiate the sale of 49.9% of its international assets.

We have also published separate reviews of the performance of the American Cannabis Operators Index and the Canadian Cannabis LP Index:

The index is rebalanced quarterly, and we raised the minimum qualification standards further this quarter, with companies now required to have over $800K daily trading value compared to $600K previously. As a consequence several stocks were removed: 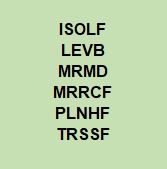 There were 29 new additions:

Many of the additions to the index, which now includes 64 qualifying companies, are names that began trading recently, though a handful are older names with improved trading liquidity. CannTrust joined after finally getting a U.S. listing. Scotts Miracle-Gro was added after we determined that the company has reached a point where cannabis is a substantial part of its overall business, a conclusion that perhaps could have been reached earlier. 420 Investor has published a more complete review of the newly added constituents of the index.