Several of the companies are generating substantial revenue as shown in the Public Cannabis Company Revenue Tracker, and many are deeply involved in geographies outside of Canada, including Australia, Latin America, Germany and other European countries. New Cannabis Ventures, which has been providing extensive coverage of the Canadian cannabis industry since inception, recently introduced a family of indices designed to help our readers track this important market.

The Canadian Cannabis LP Index includes all publicly-traded LPs, with each member having an equal weight at the time of the index is rebalanced at the end of each month. The index data goes back to the beginning of 2016, and the current index value represents an 855% increase in just over two years: 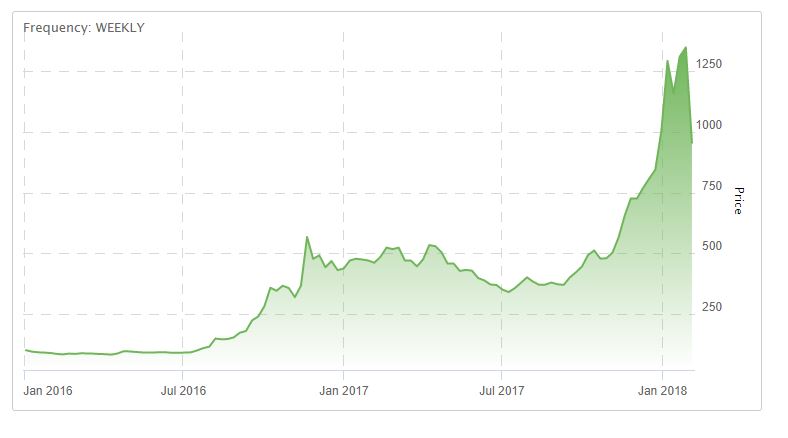 We have also created three sub-indices to help readers dig a little deeper into the movements within the sector, as not all stocks move in unison. In January, for instance, the overall index was driven by three big gainers. The index rose 17.7%, but the median return was 5.7%: 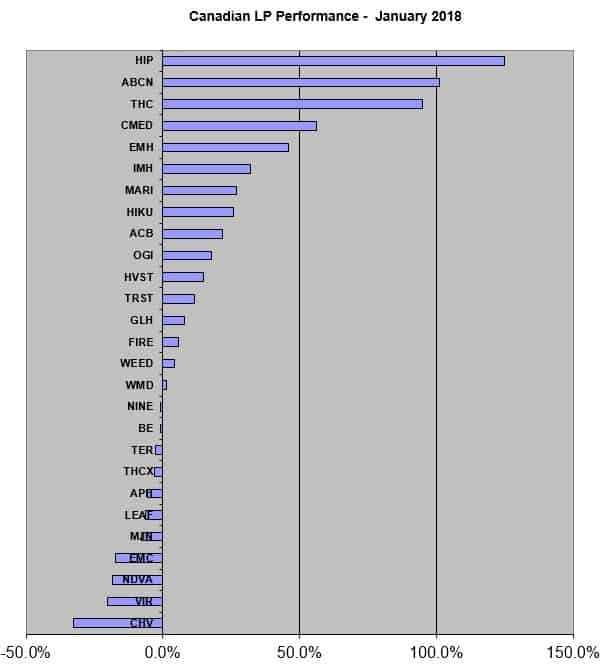 The Canadian Cannabis LP Tier 1 Index is designed to track the market leaders and currently includes the 6 LPs that are generating sales in excess of $4 million per quarter.

The Canadian Cannabis LP Tier 2 Index is designed to capture the performance of those companies that are currently able to sell cannabis but that have sales that are below the level of the market leaders, a group that currently includes 14 LPs.

The remaining 8 LPs are included in the  Canadian Cannabis LP Tier 3 Index, which tracks companies newly approved for cultivation but not yet permitted to sell.

Readers are able to look at  performance on a 15-minute delay for the day or the past five days or to evaluate each of the indices over longer time-frames. Each index we publish includes the name and trading symbols of each constituent as well as the methodology for the index.

For those wishing to track the broader market, we continue to offer the renamed Global Cannabis Stock Index, which tracks now 75 companies that meet the criteria of having a significant exposure to the cannabis industry and other quantitative measures. This index is rebalanced quarterly, with the last update having taken place at year-end. At month-end, Canadian companies represented 56% of the index value, while Australian companies accounted for 6%. The remaining companies with primary listings in the United States accounted for 38% of the index.