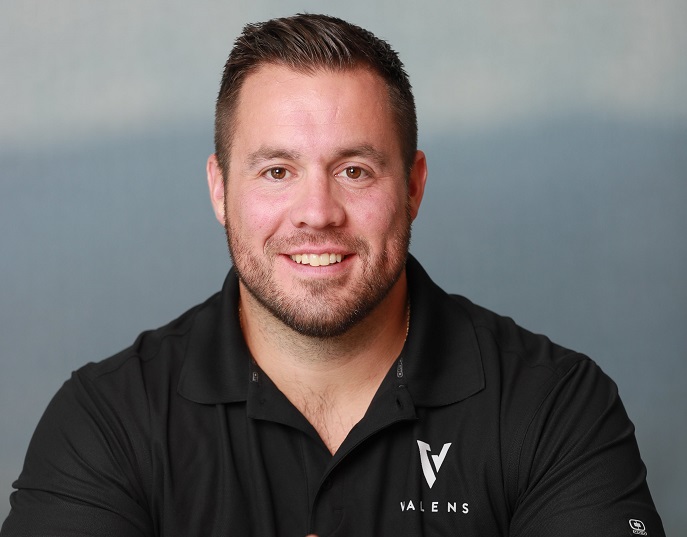 The Valens Company (TSX: VLNS) (NASDAQ: VLNS) CEO and Chair of the Board Tyler Robson last checked in with New Cannabis Ventures in April 2021. Since then, the cannabis manufacturing company has made a number of acquisitions and has been listed on the NASDAQ. Robson spoke with New Cannabis Ventures about integrating acquisitions and positioning the company as a leading B2C player in the cannabis industry. The audio of the entire conversation is available at the end of this written summary.

Valens has added new talent to its leadership team over the past several months. In May, the company added Sunil Gandhi as CFO and Adam Shea as Chief Commercial Officer. Gandhi comes from the alcohol beverage industry, while Shea brings his CPG experience to his role with Valens.

Valens completed the acquisition of LYF Food Technologies Inc. in March. It also now has the acquisitions of CBD manufacturer Green Roads, cannabis producer Citizen Stash and value brand Verse Cannabis under its belt. The Green Roads deal gives the company a footprint in the U.S. CBD space. Citizen Stash brings premium flower to the company in Canada, and Verse is a value play for Valens in Canada.

After this acquisitive streak, the company is now focused on integration, with culture as a priority. As the company integrates, it will be looking to optimize its operations and drive revenue.

When Robson last spoke with New Cannabis Ventures, Valens was a dominant B2B player, providing other LPs with extracts or finished goods. While the company remains strong in the B2B space, it has begun to focus on B2C operation. The acquisitions of Verse, Green Roads and Citizen Stash support that platform pivot to B2C. Going forward, Robson expects the majority of the company’s revenue to come from its own branded products.

The company’s core assets in Canada are a beverages facility, cultivation facility and manufacturing operations. It has distribution throughout the country, according to Robson.

A number of LPs compete in the Canadian market, but Robson considers the company’s core capabilities to have a competitive edge. Valens has a strong edibles portfolio, five types of extraction and robust manufacturing capabilities.

Valens does have international reach through distribution and supply agreements. For example, Australia has been a lucrative market for the company. But, it will be focusing the majority of its attention and efforts on the North American market, both in Canada and the U.S., over the next three years.

M&A has been central to the company’s strategy over the past year. Acquisitions will continue to be an option, but now, Valens will be focusing on effective integration and optimization of its assets. The company wants to put the talent and IP it has acquired as part of those recent deals to work.

A CPG focus will be a large part of the company’s optimization efforts. For example, the team will be looking for faster, more cost-effective ways to package its products. The company is working through supply chain issues, like the rest of the industry, and aiming to capture more of the demand on the table.

Valens began trading on the NASDAQ in December 2021. This move opens the door to tell the company’s story to more investors, according to Robson. In the same month, Valens borrowed CAD$40 million. With current market conditions, strategic debt made more sense than an equity raise, according to Robson. Now, he considers the company to be in a strong cash position, ready to execute. Valens will be using capital to fund manufacturing optimization, as well as innovation and IP.

Robson does not anticipate the need to go back out to the market anytime soon. Rather, the company will be focused on internal growth and capture the full value of its assets.

Sundial Growers increased its stake in Valens to just under 10 percent. Investment from such a larger player signals a vote of confidence to all shareholders, according to Robson. The Valens investor pool is made up of inside owners, retail investors and institutional investors. Now that the company is listed on the NASDAQ, institutional investors will likely play a more meaningful role, according to Robson.

While the cannabis investment landscape is currently full of challenges, Robson encourages investors to look at the business moves companies are making and to hold them accountable.

2021 was a challenging year, but Robson is looking forward to growth for Valens in 2022. He expects to realize significant upside from the strategic acquisitions the company has made. The company’s shift to B2C and its speed to market in the Canadian provinces are two key points that illustrate the company’s success thus far, according to Robson.

While supply chain issues remain an issue in the cannabis space, the Valens team will remain focused on its core operations and on delivering on its strategy. Robson expects the company to have partnership and CPG opportunities in the months to come.