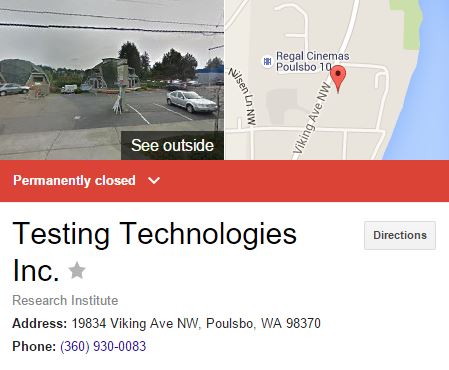 One of the twelve licensed cannabis testing labs in Washington has failed, with Testing Technologies CEO Larry Ward forced to close after firing Dustin Newman, the science director, a month ago and accusing him of falsifying results.  Earlier this year, Jim McRae issued an extremely critical report of Washington’s testing labs, suggesting that several players in the industry were issuing results that were overly friendly to their customers. While he didn’t initially name Testing Technologies, he now states that it had “the most business-friendly ranking” in his analysis.