The cannabis market was a side-show this week to a volatile overall market. Supply continued to be a theme.

The Global Cannabis Stock Index gave up some more of its early-in-the-month gains, decreasing 5.3% to 56.71: 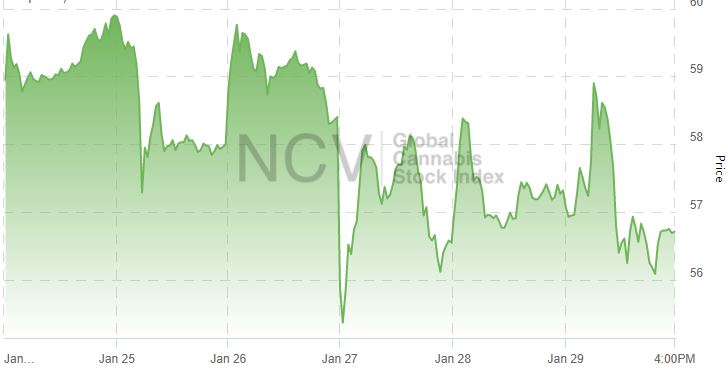 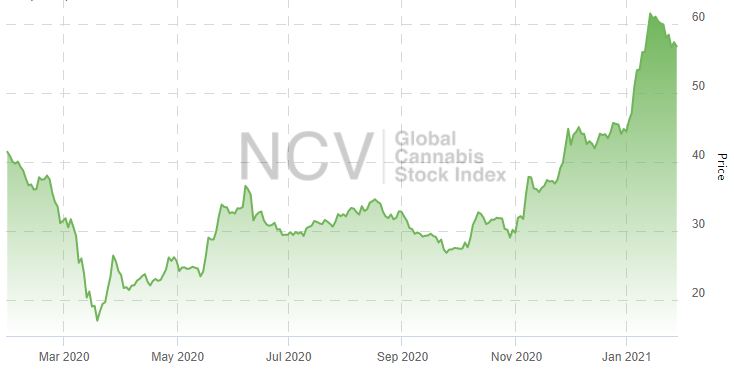