We publish a lot of content on the Canadian cannabis industry at New Cannabis Ventures. 15% of our visitors reside in Canada, perhaps consequently, and I spend a great deal of my time at 420 Investor focused on the Canadian publicly-traded stocks in the sector.  I have visited Vancouver and Ontario in the past 18 months, and not a week passes without some progress for the industry. Companies like Canopy Growth and Mettrum are already on their way to sales of greater than $10mm in 2016, and several others are rapidly expanding.  I recently gathered several of the industry leaders for a conference in Denver, a first-of-its-kind panel. Let me say in no uncertain words what I believe to be the case: Canada is a huge opportunity for investors.

If you want an some insight into my thinking, I shared  my views recently on the big picture. The quick version is that medical cannabis is federally legal, which makes things so much easier than in the United States, where access to banking, restricted ability to conduct medical research, the draconian tax structure due to a quirky federal law known as 280E and the prohibition of interstate commerce weigh on the industry.  The program, which is known as MMPR, wasn’t the best at the onset when it debuted in April 2014, but it is rapidly improving. Regular folks like you and me are excited, but, more importantly, so are institutional investors. In an industry that always seems to face headwinds, this is a segment that enjoys tailwinds, including the likelihood of legalization for adult-use. Canada, in a nutshell, is the global leader when it comes to cannabis.

In the October edition of the 420 Investor Newsletter, I shared a framework for evaluating the opportunity.  My model doesn’t take into account legalization, instead focusing on just the medical market.  I conclude that the 2019 sales opportunity for the industry is $400mm to $1.6 billion.  The inputs are the number of patients, the price of cannabis and the consumption rate per patient. Even at the low-end, many of the publicly-traded companies could enjoy rising stock prices.

In the United States, only an extremely tiny fraction of the cannabis producers and retailers are publicly-traded.  In Canada, a large part of the legal market is controlled by publicly-traded companies.  Additionally, accredited investors can own stakes in the balance of the sector, and many of these private MMPR licensees do have outside ownership.  I have a Focus List, which is a subset of the nearly 350 publicly-traded cannabis stocks, consisting of 28 names, and 6 of those are either MMPR LPs or close to becoming one:  Aphria, Aurora, Canopy Growth Corp, Mettrum, OrganiGram and Supreme Pharma. Other publicly-traded stocks that I follow include PharmaCan Capital, which has investments in several MMPR LPs, Canadian Cannabis Corp, which has a pending acquisition of Hydropothecary, Abba Medix, which has a facility that could become licensed, and Alta Vista Ventures, which has a pending acquisition of RedeCan Pharm.

Aphria, which trades on the TSX Venture with the ticker APH and has a U.S. tracking symbol (not exchange-traded) of APHQF, operates a greenhouse facility in Ontario.  The company has a unique strategy of serving as a wholesaler and a retailer.  Aphria just raised over $10mm, selling units at $1.30 that included warrants at $1.75, and the current market cap at the recent price of $1.30 and my estimate of 72mm diluted shares (I exclude shares that would convert at prices significantly above the current price), is approximately $94mm. 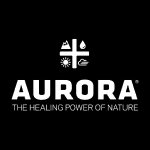 Aurora Cannabis, which trades on the CSE with the ticker ACB and has a U.S. listing on the OTC with the symbol ACBFF, operates a state-of-the-art facility in Alberta, the only one in the province.  The company received its cultivation license in February and finally was approved to sell just this past week.  Aurora is the only LP currently pursuing operations in the United States, and having Tweed co-founder Chuck Rifici on its Board of Directors is a positive.  I calculate a market cap of approximately $93mm on a fully-diluted share-count of 150mm and a recent price of $0.74. 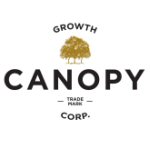 Canopy Growth Corp, which trades on the TSX Venture with the ticker CGC and has a U.S. tracking symbol of TWMJF, is the clear industry leader, reporting sales of almost $2.5mm in the quarter ending in September.  The holding company operates Tweed, its original name and brand, which has two facilities in Ontario, including the original factory as well as a massive greenhouse, and Bedrocan, which has a facility in Ontario.  The company also operates a storefront known as Better for patient onboarding.  With about 106mm fully-diluted shares and a recent price of $2.66. the stock is valued at $282mm.

Mettrum, which trades on the TSX Venture with the ticker MT and has a U.S. tracking symbol of MQTRF, operates multiple facilities in Ontario and is awaiting approval to triple its production capacity. In the quarter ending in September, it posted sales of $1.7mm and reported almost 5000 patients. With about 37mm fully-diluted shares and a recent price of $1.92, the market cap is approximately $71mm.

OrganiGram, which trades on the TSX Venture with the ticker OGI and has a U.S. listing on the OTC with the symbol OGRMF, is the only license holder in New Brunswick.  It is also one of the only companies that claims to grow organically. The company has been expanding its sales rapidly after a slow start and expects to sell $900K in the quarter ending today. With about 56mm shares and a recent price of $0.93, OrganiGram is valued at approximately $52mm.

Supreme Pharma, which trades on the CSE with the symbol SL and has a U.S. OTC listing with the symbol SPRWF, is the one name on my Focus List that doesn’t yet have a license. It continues, like several companies, to await inspection, but, if successful in obtaining one, Supreme could become a very large supplier given the size of its greenhouse in Ontario.  With about 115mm fully-diluted shares and a recent price of $0.20, the stock is valued at $23mm.

2016 promises to be an exciting year for the cannabis industry in Canada.  While many are looking for significant progress on the recreational front, the more important advances will likely be in the area of strengthening the medical side. I expect a thoughtful and deliberative process by the Trudeau administration  that will focus on decriminalization in the near-term and plan for regulated supply and distribution to be implemented in 2017.  The experience in many of the states in the U.S. points to a process that can take at least a year but typically longer to move from the mandate to the implementation of a program, and Canada, with its provincial system, is likely to take at least 18 months.  On the medical side, though, the program is up and running and will likely see some improvements from a friendlier Health Canada. Between accelerating patient enrollment  and likely enhancements, MMPR is poised to grow significantly in 2016, and investors can likely capitalize on these trends.