The company had previously sold 500K shares at $0.70 on March 15th, but this occurred before the expiration of a restricted holding period, and it repurchased shares on the following day at $0.74.

Aphria, which realized a loss of $2.35mm on the sale, has an extensive portfolio of investments in publicly-traded companies, several of which have increased in value. Canabo is the only investment where the company is required to disclose its transactions due to the ownership exceeding 10%.

Canabo operates several Cannabinoid Medical Clinics in Canada, working with patients on only a physician-referral basis in order to evaluate for the suitability, prescribing and monitoring  of cannabinoid treatments for a variety of illnesses. At the time of investment, Aphria described it as strategic.

When we detailed the original investment, we pointed to the extraordinary premium paid by Aphria, as the $1.40 purchase price was 36% higher than the close of $1.03 the day prior the announcement of the deal.  Additionally, Canabo had sold 7mm shares at $0.50 in September before going public in November. 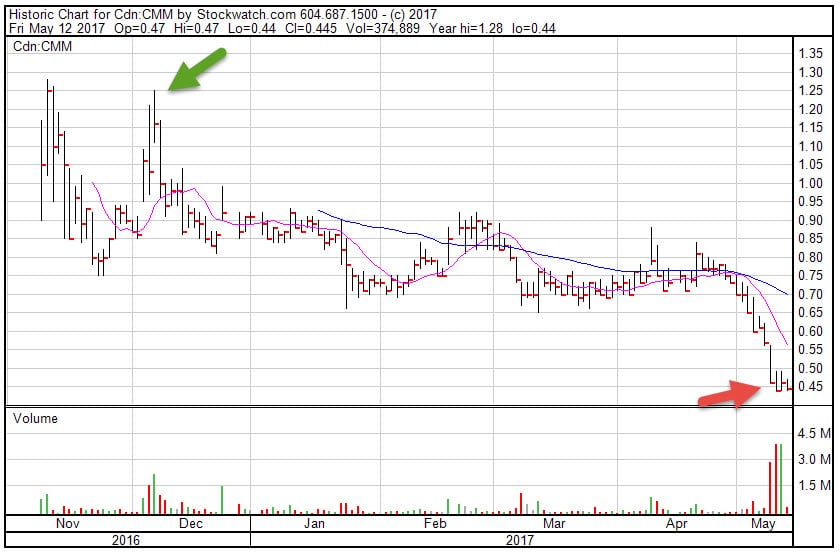