The Canadian Cannabis LP Index continued to lag the broader sector in December, retreating 4.8% to 275.16: 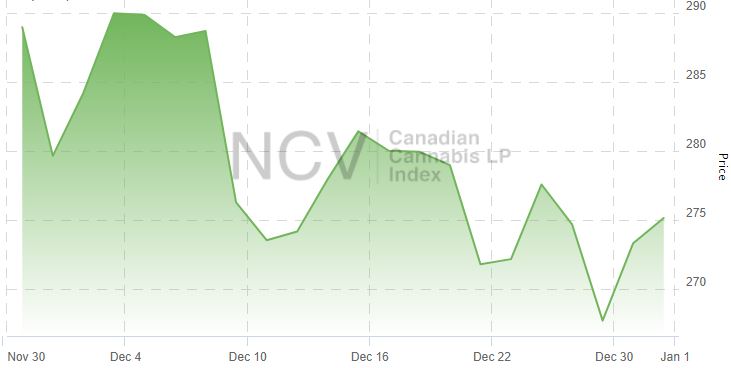 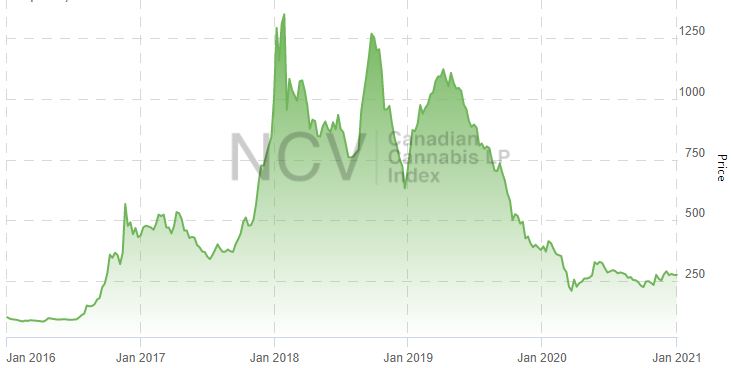 Among these largest LPs by revenue, Aurora Cannabis was the worst performer, declining more than 30%. Village Farms performed the best, declining 12.9%, with the others falling less than 20%.

The worst performers were WeedMD and Cronos Group, which declined about 25%, while Supreme Cannabis and VIVO Cannabis, both unchanged, were the best performers.

The returns for the overall sector varied greatly, with 5 names gaining more than 20% and 4 declining by more than 30%. The entire group posted a median return of -8.2%: 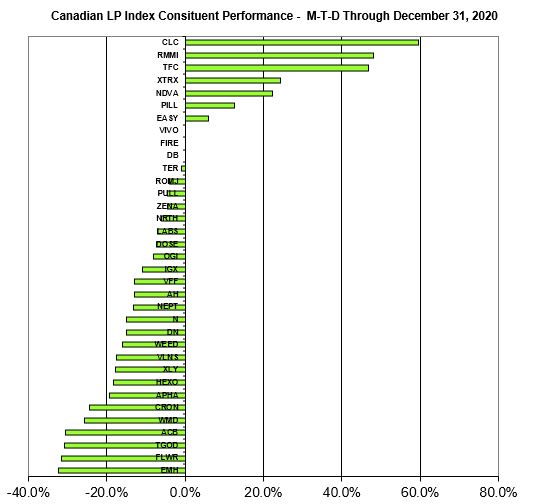 For January, the overall index will have 34 constituents after the removal of Namaste Technologies, which fell below the minimum price for companies generating less than C$2.5 million quarterly LP revenue. Additionally, we have raised the minimum for Tier 1 to $25 million quarterly LP revenue going forward. Consequently, Village Farms will move to Tier 2 from Tier 1.