One of the most exciting developments in our seven years of focusing on the cannabis sector has been the emergence of robust publicly-traded companies. Evidence of this can be found easily by looking at the market caps and trading volumes as well as the trading exchanges of which many of the leading companies in the Global Cannabis Stock Index. 46% of the stocks in the index trade on a major U.S. exchange, and, in contrast to several years ago, only 2 (5%) trade exclusively on the OTC. Another sign of the legitimacy of the sector is that the Public Cannabis Company Revenue & Income Tracker includes 16 names with an annual revenue run-rate in excess of $100 million. Finally, only a few institutional investment professionals had their eyes on the sector just a few years ago, but now there are a couple of dozen Wall Street and Bay Street firms covering it.

Despite this clear progress, the sector remains riddled with low quality penny stocks. Fortunately, many of them have faded off into the sunset. Still, new companies try to take short-cuts to get investor attention rather than building a following by executing on solid business fundamentals and we are noticing that investors are no longer falling for these tricks.

This week, a stock promoter aggressively pushed a Canadian ancillary products company, who hired the promoter since January. The $250,000 stock promotion that is supposed to last six-months fell flat on its face. This follows that same promoter’s last campaign, which saw the promoted stock plunge by more than 90% since pushing the unproven company on its followers. In the case of the new promotion, the company, which hasn’t yet generated any revenue, had completed a $3.9 million capital raise at C$0.35 in December (shares and $0.50 warrants will unlock on April 11th). It also has a substantial number of shares that were issued at much lower prices, including 4.4 million shares at C$0.05 on a post-consolidation basis. The stock had closed last Friday at C$0.75 and traded to an all-time high of C$0.90 on Tuesday after the blast email went out only to trade as low as C$0.53, leaving those who chased it with losses as great as 41% in less than 48 hours. 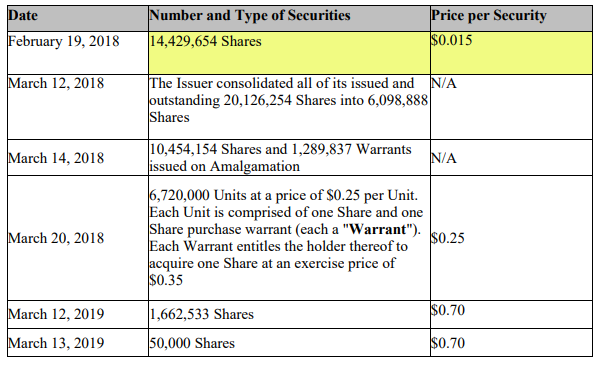 Traders and investors aren’t falling for this kind of manipulation any longer, and that is a good thing. Another popular trick was in full force this week as well, with four poorly performing cannabis companies announcing name changes, including Canbiola (Can B), North Bud Farms (Bonfire Brands), Terra Tech (Onyx Group Holdings) and Westleaf (Decibel Cannabis Company). These companies follow a long list of losing penny stocks that have tried to change their poor reputation by changing their name, but it is a tactic that rarely works. As the saying goes, a leopard can’t change its spots.

We wish that the opportunists taking short-cuts would fade away more quickly, as their actions negatively impact the sector, but we are glad to see that investors are conducting due diligence and are now not only avoiding these parlor tricks but actively calling them out as well. We are optimistic that despite the capital market challenges and industry headwinds that have persisted over the past few quarters, investors will ultimately be rewarded for paying attention to the fundamentals of the companies, and this is why we share fact-based resources like our family of indexes and our financial trackers with our readers, keeping them well informed as the legal cannabis market continues to develop.

Since 2015, Indiva has been driven to set the standard for quality and innovation, being a company always built for “cannabis 2.0”. The company’s recent capital raise has allowed the proceeds for capex (automation equipment, and final construction costs at their facility in London) and working capital (i.e. chocolate, distillate and packaging). The company’s portfolio of products includes premium pre-rolls, the source of revenue-to-date, and now capsules and edibles. Its Bhang Chocolates are now available in Ontario and Alberta, and the company will introduce Ruby Cannabis Sugar, Sapphire Cannabis Salt, Gems, and more later this year. 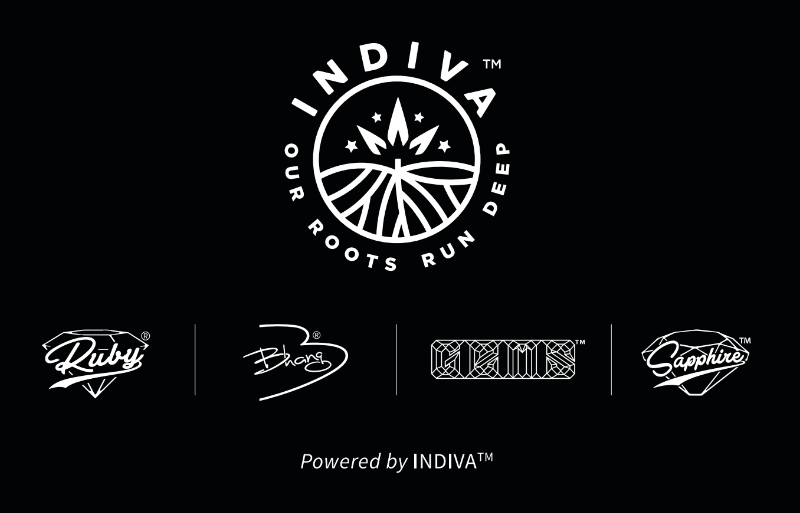 Get up to speed by visiting the Indiva Investor Dashboard that we maintain on their behalf as a client of New Cannabis Ventures. Click the blue Follow Company button in order to stay up to date with their progress.